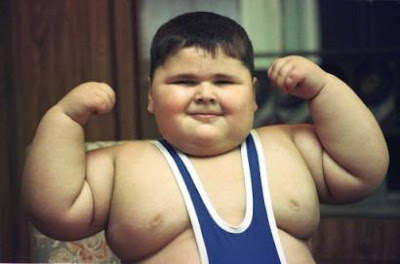 Very few people know that Islam has multiple ways of making sure that people do not become obese, or for that matter even a little overweight. In fact a practicing Muslim should not be Obese unless of course due to some medical condition. I am listing some of the ways in which an Islamic lifestyle can keep us fit and healthy. I am sure to have missed some other points, please feel free to add to the list:

Now one may think that all Muslims must be fit and active and there should be no reason for Muslims to be Obese or for that matter over weight. Unfortunately this is not true. 70% of the womenfolk in Gulf countries are obese according to research and according to Economist, the countries with most obese population are Muslim/Arab countries. This just shows that Muslims have a long way to go to become better followers of Islam.
Posted by Zafar Khan at 10:18