What do the Israeli's think

The current events in Gaza were predicated and advocated for by Israeli Professor Arnon Soffer, Head of the IDF's National Defense College. Professor Soffer spelled out the desired results of Israel's unilateral disengagement from Gaza in an interview with the Jerusalem Post (24 May 2004):

Jerusalem Post: How will the region look the day after unilateral separation?

Arnon Soffer: ...First of all.... Instead of entering Gaza like we did last week. We will tell the Palestinians that if a single missile is fired over the fence, we will fire 10 in response. And women and children will be killed, and houses will be destroyed. After the fifth such incident, Palestinian mothers won't allow their husbands to shoot Kassams, because they will know what's waiting for them.

Second of all, when 2.5 million people live in a closed-off Gaza, it's going to be a human catastrophe. Those people will become even bigger animals than they are today, with the aid of an insane fundamentalist Islam. The pressure at the border will be awful. It's going to be a terrible war. So, if we want to remain alive, we will have to kill and kill and kill. All day, every day...If we don't kill, we will cease to exist…Unilateral separation doesn't guarantee "peace" - it guarantees a Zionist-Jewish state with an overwhelming majority of Jews...

Arnon Soffer: Yes. And Gaza is going to be such a disaster that it will be beyond our capacity to help. There will have to be large-scale international aid. The US will have to pressure Egypt to cede land.

You can also read more Arnon Soffer, the visionary here.

They will bring upon themselves a bigger shoah because we will use all our might to defend ourselves.


In the days following this statement, 107 Palestinians were killed. The international comunity failed to take action. This inaction, followed by European declarations of intentions to upgrade their trade agreements with Israel, served as a green light for the current atrocities.


I believe that it should have been even stronger! Dresden! Dresden! The extermination of a city! After all, we're told that the face of war has changed. No longer is it the advancing of tanks or an organized military. […] It is a whole nation, from the old lady to the child, this is the military. It is a nation fighting a war. I am calling them a nation, even though I don't see them as one. It is a nation fighting a nation. Civilians fighting civilians. I'm telling you that we […] must know […] that stones will not be thrown at us! I am not talking about rockets - not even a stone will be thrown at us. Because we're Jews.[…] I want the Arabs of Gaza to flee to Egypt. This is what I want. I want to destroy the city, not necessarily the people living within it.

And they have achieved their aim already by already killing more than 1100 people with around 50% women, children and teenagers. Here is the proof: 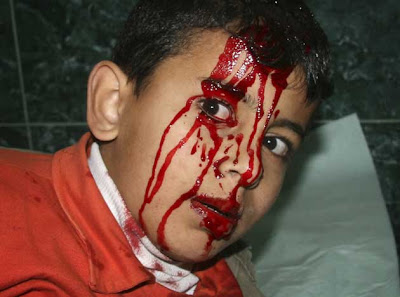 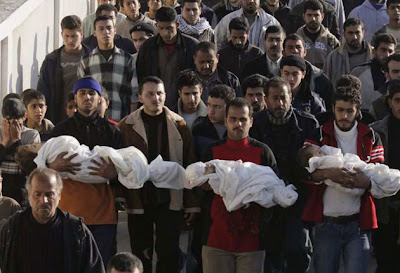 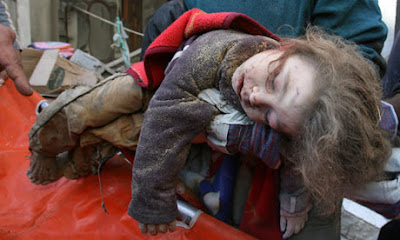 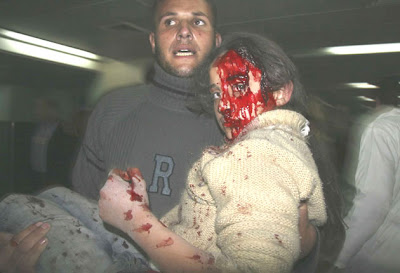 They can rest assured that this time world will remember and not forget.
Posted by Zafar Khan at 09:36