Congress Out-of-Step with America on Gaza 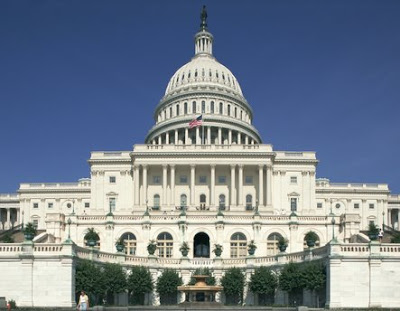 Congress Out-of-Step with America on Gaza
By Nihad Awad

As Americans, we expect our representatives in Congress to reflect our views. Yet the U.S. House of Representatives recently ignored the millions of American voters who believe in an even-handed Mideast policy.

According to recent polls, American public opinion is more or less evenly split on the issue of Israeli attacks on the Gaza Strip. But you would never know that from watching the recent worshipful “debate” in Congress on House Resolution 34 in support of Israel. (A similar pro-Israel resolution passed with unanimous consent in the Senate.)

All members of Congress swear to defend the United States, its interests and constitution. However, one of the first actions this Congress took was to defend the interests of a foreign state waging a brutal campaign that has cost the lives of more than 1,000 civilians including more than 400 women and children.

Rep. Ron Paul (R-TX), one of the few dissenters to the pandering resolution, said: “The resolution clearly takes one side in a conflict that has nothing to do with the United States or U.S. interests. I am concerned that the weapons currently being used by Israel against the Palestinians in Gaza are made in America and paid for by American taxpayers. What will adopting this resolution do to the perception of the United States in the Muslim and Arab world?”

Rep. Dennis Kucinich (D-OH) said: “Today, the U.S. Congress is going to be asked to pass a resolution supporting Israel’s actions in Gaza. I’m hopeful that we don’t support the inhumanity that has been repeatedly expressed by the Israeli army. The U.S. abstained from a UN call for a ceasefire. We must take a new direction in the Middle East, and that new direction must be mindful of the inhumane conditions in Gaza.”

The resolution, which was rushed to the floor without consideration by the House Foreign affairs committee, applauds and supports Israel in its war against the Palestinians in Gaza. It is a one-sided war in which Israel has denied access to wounded civilians and has targeted homes, schools, mosques, universities, medical and United Nations personnel, a hospital, and a church.

A leading human rights group has accused Israel of using white-phosphorus munitions in its attacks on civilian areas. The United Nations' top human rights official said that the Israeli military may have committed war crimes in Gaza.

The vote on House Resolution 34 was 390 in favor, with only five representatives voting no. The rest voted “present.” Ninety percent of House members voted to support Israel’s attacks on Gaza, at the same time that American voters are split on the issue.

Congress seems to be out of step with the American people.

Resolution 34 did not call for a cease-fire, thereby enabling Israel to continue killing and injuring thousands of Palestinians and sowing seeds of hatred and revenge for decades to come.

It did not mention the humanitarian disaster caused by Israel’s blockade of food, medicine and other supplies of daily life to the 1.5 million people who live in Gaza. Because of Israel’s siege, Gaza became what a Vatican official called termed a “concentration camp.”

Under international law, a blockade is an act of war. Before Israel launched its most recent military escapade, Palestinians could not leave Gaza for medical treatment, resulting in many deaths due to lack of adequate care.

There is little doubt that these same members of Congress who voted for Resolution 34 would condemn the U.S. Army if it took part in war crimes like those committed by Israel in Gaza. Yet these elected officials seem to lack the will or the courage to question Israel, even when it uses American tax dollars and weapons to commit its crimes.

The U.S. Department of State defines "terrorism" as the “premeditated, politically motivated violence perpetrated against noncombatant targets by subnational groups or clandestine agents, usually intended to influence an audience.”

Other than the fact that Israel is not a “subnational group,” how does one not see terrorism in the actions of the Israeli military when it seeks to “influence” the Palestinian people using thousands of bombs and missiles?

If Palestinians had killed more than 1,000 Israeli civilians, Congress would rightly repudiate those killings as terrorism in the extreme.

Would Congress be willing to investigate Israel’s violations of the Arms Export Control Act? Will Congress ever hold Israel accountable for its actions?

Congress supports Israel blindly and unconditionally to do whatever it wishes with other people’s lives and some wonder “why they hate us.”

America need not take sides in the decades-long conflict in the Middle East. But America should always be on the side of justice.

Through its actions, Congress is unfortunately and unnecessarily turning the Muslim world against our nation.

Only an even-handed approach to the Middle East conflict that recognizes the legitimate aspirations of the Palestinian people will have any chance of ending the seemingly endless cycle of violence in that troubled region.

It is time for ordinary Americans to ask their elected representatives to make sure they accurately reflect their views, not the views of agenda-driven special interest groups.

[Nihad Awad is executive director of the Council on American-Islamic Relations (CAIR), the nation’s largest Muslim civil liberties group. He may be reached at: nawad@cair.com]
Posted by Zafar Khan at 10:58