US congresswomen, an agent of Israeli Lobby 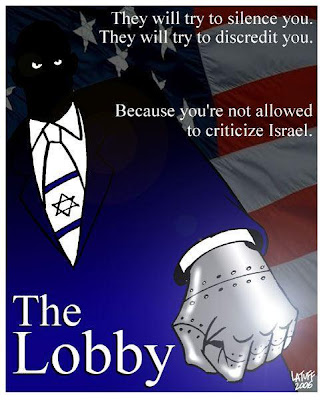 A US congresswoman has denied she sought to intervene in a spy case involving two pro-Israel lobbyists.

Jane Harman, a Democrat, was reported to have been recorded in a 2005 wiretap aimed at Israeli espionage as saying she would seek to have charges against the two men reduced.

"If there are tapes out there, bring it on!" Harman said on Tuesday, calling on the US justice department to release transcripts of the tapes to prove her innocence.

The US government is considering dropping the case against Steven Rosen and Keith Weissman, US media said on Tuesday, citing anonymous sources.

US media reports have said it appeared Harman agreed to intervene in the case in return for help in getting Democrats to appoint her to lead the House of Representatives Intelligence Committee, which she sat on.

Harman did not get the post after Democrats won control of congress in 2006 and left the committee shortly afterwards.

The reports said Harman was not the target of the wiretap.

Alberto Gonzales, the attorney-general under George Bush, the former US president, intervened to stop the investigation involving Harman in order to gain her support for the administration's policy of wiretapping without warrants, the Associated Press reported.


Hillary Mann-Leverett, a former US National Security Council official, told Al Jazeera the case "showed the power and influence of the pro-Israel lobby so much so that the pro-Israel lobby thought it owned the chairmanship of the committee on intelligence in the US congress and could sell it to Representative Harman".

Rosen and Weissman were charged in 2005 with conspiring to pass on US defence information to unauthorised personnel.

The material included information about al-Qaeda, the 1996 bombing of the Khobar Towers dormitory in Saudi Arabia that killed 19 US military personnel, and US policy towards Iran.

The two had worked until 2005 for the American-Israeli Public Affairs Committee, the leading pro-Israel lobby group in the US.

Their trial is scheduled to take place in early June at a Virginia federal court but is likely to be delayed further because the judge has a scheduling conflict.


An interesting blog points out the fact that Jane Harman's Jewish. Alan Dershowitz said that supporting Israel is the "secular religion" of American Jews. And because Walt and Mearsheimer point out that Jewish-Americans play a prominent part in the Israel lobby.

There are plenty of American Jews who don't support Israel. Some anyway. But they don't get into Congress for some reason. And they very rarely get published in the Forward. I can't think of a time, actually. The orthodoxy within the Jewish community is just as Dershowitz reported. We [heart] Israel.

Can you imagine if a leading evangelical politician was allegedly mixed up in a shady deal involving pressuring the White House on gay rights, and the papers didn't mention his religion? I can't. Do you think it's possible to talk about the power of the Israel lobby, which is what the Harman leak is about, at bottom, without talking about religion in American life? And without Jewish reporters talking about the religious orthodoxy they're familiar with? No. Heck, Wolf Blitzer, who did this story on CNN yesterday (and I bet left out the religious angle), used to work at AIPAC. Does Judaism/Israel matter to him? Oh and how many Jews are in Congress and the media? Just because you talk about this doesn't make you Ahmadinejad.
Posted by Zafar Khan at 11:28