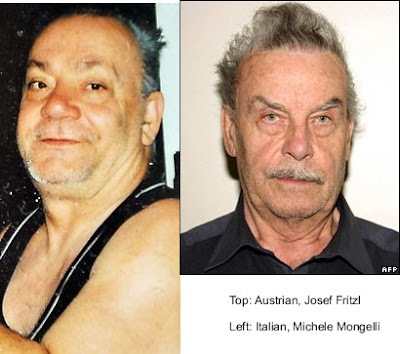 First, it was Josef Fritzl, the Austrian who raped and had an incestuous relationship with his daughter. Having kept her locked for 24 years in a cellar, he fathered seven children by her.

A similar case has now come to light in Italy. In this case, the father has been sexually abusing the daughter for 25 years and he even taught his son to do this to his sister and own daughters.

The reason I have put this posting is to make people aware that there are crimes like these which are committed everywhere and by all kinds of people. What if a similar crime was committed by a Muslim?

The gutter press would be all over Muslims maligning Islam and the Prophet Muhammad (peace be upon him). The far right MP in one of the European country would decide then to make a movie out of this and go for a worldwide tour describing how dangerous Islam is. The trial would continue for months and every minute detail would be available in the newspapers. The press and the Islamophobes would make sure all the dirty linen is washed in the public.

But as none of these cases involved Muslims, they will fade from the public memory soon; till another of these cases come to light. And lets hope that a Muslim is not involved then.
Posted by Zafar Khan at 13:16