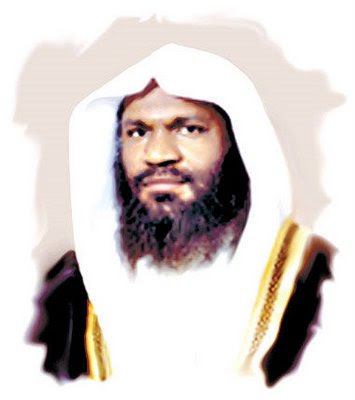 Allah says in the Qur'an:

"AMONG HIS SIGNS IS THIS,THAT HE CREATED YOU FROM DUST: AND THEN, BEHOLD, YE ARE MEN SCATTERED( FAR AND WIDE)"

"AND AMONG HIS SIGNS IS THE CREATION OF THE HEAVENS AND THE EARTH, AND THE VARIATIONS AND DIVERSITY OF YOUR TONGUES AND OF YOUR COLOR; VERILY IN THAT ARE SIGNS FOR THOSE WHO KNOW."

"O MANKIND WE CREATED YOU FROM A SINGLE (PAIR) OF A MALE AND A FEMALE, AND MADE YOU INTO NATIONS AND TRIBES, THAT YE MAY KNOW EACH OTHER. VERILY THE MOST HONORED OF YOU IN THE SIGHT OF GOD IS (HE WHO IS) THE MOST RIGHTIOUS OF YOU AND GOD HAS FULL KNOWLEDGE AND IS WELL AQUAINTED (WITH ALL THINGS)." Holy Qur'an 49:13

A proof of this is selection of Sheikh Adil Kalbani as imam of the Grand Mosque in Makkah.

With a deep baritone voice while reciting the Qur'an, Sheikh Adil Kalbani, the black imam of the Grand Mosque in Makkah, Islam's holiest shrine, gives an example of equality in the Islamic faith.

"Any qualified individual, no matter what his color, no matter where from, will have a chance to be a leader, for his good and his country's good," Kalbani told The New York Times on Saturday, April 11.

Credited for his angelic recitation of the Noble Quran, Kalbani, 49, was chosen by Saudi King Abdullah bin Abdul-Aziz to lead millions of Muslim worshippers in the Grand Mosque.

"The king is trying to tell everybody that he wants to rule this land as one nation, with no racism and no segregation."

Born in Riyadh in 1940, Kabani is the son of a poor immigrant from the United Arab Emirates.

Kalbani said that Islam treats all people on equal footing, regardless of their color or race.

"Our Islamic history has so many famous black people," he said.

The Muslim imam said that Prophet Muhammad (peace and blessing be upon him) had many black companions.

Islam preaches equality among all people and teaches followers that every member of human race has been accorded honor and dignity by Allah Almighty.

In practice, Prophet Muhammad had among his closest Companions Salman the Persian, Suhaib the Roman, and Bilal the Ethiopian.

Two of the three Companions, Salman and Bilal, were ex-slaves who were liberated after embracing Islam.

Bilal was chosen by the Prophet as the first muezzin to prayer, a position coveted by many.

Kalbani is also credited for his open-minded views, reflecting the general evolution of Saudi thinking over the last two decades.

You can see a Video of the Imam reciting prayers in London below: