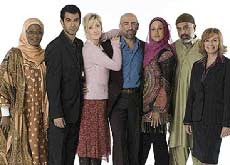 Lampedusa is a small island close to Sicily. It is the closest Italian destination to Tunisia and Libya, countries from where most immigrants set out for Italy, risking their lives in insidious boat trips across the Mediterranean Sea. The campus is designed to shelter 800 people where they are supposed to remain for 60 days. A CPA's resident should be set free only if he/she meets the refugees standards’ requirements, otherwise they should be sent back home. However, there are currently 1800 people and most of them are kept longer than expected because they arrive without valid identity documents. Consequently, the identification process lasts for too long and is tiring.

The Italian Government spends 5.4 million Euros a year to run the Lampedusa shelter, where last year alone 33, 000 people were sheltered. On one hand, the Italian government blames Libya for not taking the necessary measures to curb illegal immigration streams from its shores. On the other hand, Libyan officials, according to various Italian press reports, claim they don’t have enough financial resources nor the required technology (like satellite surveillance) to achieve an effective surveillance along its seashores. In a move towards achieving a common goal, Italy and Libya signed the “Bengasi Accord” on August 30, 2008. Under which the Italian government will finance the development of Libyan infrastructures by 5 billion US dollars for the next 25 years against an effective implementation on the Libyan part to restrain illegal immigration.

A “ticket” to ride the boat, according to survivors who made it to Lampedusa from Libya, ranges from 500 to 1000$. The sailors use a small boat to board 50 to 60 souls, regardless of the gender, origin, and health conditions. While crossing the Mediterranean Sea, they are not fed, and some people, especially women, die because of the frosty temperature.

Issaga, a refugee from Somalia, told Vita Magazine that he had to work for six months in Libya to earn the money needed for going to Italy. "I will never forget," he says, "the fear that seized me and all the people, 45 folks on an eight meters long boat, who were with me. On the boat we had only two options: to live or to die and we could do nothing about it. Just pray. It is hard to go, but it is also hard to stay. After I have been cleared by the authorities, I had to find a job. I spent years to do odd low-paid jobs which Italians would never take. I didn't have a contract, extra hours were not paid, I had no benefits, and several Italians blamed me because they think immigrants are accountable for lowering the working wages for all."

Now Issaga works in an Egyptian restaurant as an assistant manager. Ahmed, the owner of the restaurant, is an Egyptian man who immigrated to Milano 30 years ago. He owns a successful restaurant, he has his own apartment, and he drives a nice car. He has four children who speak Italian better than Arabic.

He is an ideal example of a successful immigrant who worked hard but at the end he made it. But he assures that, "30 years ago the economy was better, it was much easier to get a visa and there were very few immigrants to compete with."

Unfortunately, what many people get on their way is painful death. Last year, according to Interior Affairs Ministry, 646 people died before reaching Lampedusa. In 2007, they were 556. As for all the European countries, last year 1,052 people never made it to the European shores.

Theoretically, the situation for the legal immigrants should be better. However, apparently, this is not the case.

"If we were given the chance to deal with less administrative hurdles and bureaucracy nightmares, we could enjoy a simpler life and therefore be more productive and useful for this country," said Imane, a 25-year-old girl of Moroccan origin, referring to her working visa renewal experience. "I pay 72 Euros a year but it takes something like 13 months to have it renewed and stamped. In the meantime, I cannot travel and every time an officer stops me, it takes me much time to explain to him that I don’t carry my visa with me because it is being renewed. I am lucky because I speak Italian fluently, but those who don’t master the Italian language get in trouble because they are not able to explain that; even if they are not carrying their visa at the moment, they are still legal immigrants," she added.

To make things worse, the Italian government approved a package of a new anti-immigration law that will make visa renewal more costly. Visa holders indeed, besides paying the 72 Euros, are required to pay a 200-Euro visa annually as taxes.

"If I have to pay more money that’s fine, but at least I should get something in return such as good services. No more long queues outside government buildings just to hand out the papers, and no more waiting for 13 months to get their visas renewed. If I spend 200 Euros I expect efficiency, speed and why not, something innovative like getting the visa online," explained Imane. Itis worth mentioning here that with this 200-Euro tax the government will be able to earn 600 hundred millionEuros a year.

According to the latest official statistics released last month, January, 2009, by Caritas Immigration Annual Report on Immigration, there are nearly 3.9 million legal immigrants working and living in Italy. They represent 6.7 percent of the total population. In the year 2000, they were almost one million and a half. Albanians are considered the biggest community in Italy (625,000 people). Moroccans are the second biggest Muslim community with 366,000 people, and then come the Chinese and Ukrainians estimated by 150,000 persons. There are other nationalities in Italy estimated as follows: 93,600 Tunisians, 69,572 Egyptians, and 3,569 Lebanese.

Generally speaking, immigrants work in restaurants, construction companies, agriculture and in distribution-supply chains. But there are also 20,000 immigrants who work at hospitals and elderly shelters. Many banks hire immigrants to run remittance services. For many immigrants, it is not easy to get loans to start private business or to buy a house. Several well-educated immigrants seek new professional opportunities as cultural mediators at police headquarters and at some government offices.

In addition, foreign workers produce 9 percent of the Italian GDP. They are spenders, savers, and entrepreneurs as well. There are 165,115 companies registered under migrated owners at the Italian chambers of commerce all over Italy. They positively contribute to public prosperity. In Lombardy, the most productive region of Italy, 45.6 percent of the workforce is immigrants. In Milan, one out of seven people is a foreign worker and 800,000 working immigrants joined the big three Italian labor unions.

The real driving force towards a more multiethnic Italian society is the offspring of the early immigrants, widely known as the second generation "2G". Those young people, indeed, represent the biggest social contribution of immigrants to the Italian society. Born in Italy, their upbringing is very unique and fascinating. They represent a new category of citizens who keep the roots of their parents' ethnicity, but grow their branches over the country that adopted them, Italy. They represent the bridge that links Italy with other counties. Not surprisingly, 2G youth already speak three languages in their early age, and their everyday life is featured by a mixed identity based on the compromise between their personal aspirations and their parents' expectations.

The current law does not grant Italian citizenship to those second generation boys and girls till they are 18 years old, even if they are born in Italy. Another obstacle facing 2G immigrants is that if they leave the country for more than three months, they would lose their Italian nationality and they have to live other "non-stop" 18 years in Italy in order to regain their Italian passport.

Lubna, an Italian girl of Syrian origin, told me she feels Italian but, unlike her classmates and friends, she spends much time balancing between her Syrian heritage and her Italian upbringing. “That makes me a global citizen. I feel that I belong to two cultures. I feel very rich inside because I learned a great deal of both cultures," Lubna explained. "And when I talk to my relatives around the world, I feel like I have visited those countries without having traveled there,” She added. Lubna's ambition is to work in hospitals as a cultural mediator who facilitates communication between Italian doctors and Arab women who don’t speak Italian. She elaborates that job saying, “The Italian language and the veil I wear are my best assets. When Arab women see me next to a male Italian doctor, they feel right away more reassured and calm. My presence in a hospital room makes these women at ease." Indeed, many hospitals have to rely on young women like Lubna to overcome language barriers and sensitive cultural discrepancies between Italian doctors and Muslim female patients.

Fortunately, some politicians from both coalitions, right and left, have recognized the unjust burden second generation immigrants are carrying. The President of the Italian Chamber of Deputies, Mr. Gianfranco Fini, has recently urged the governing coalition to consider main changes regarding the current citizenship law; both for early immigrants as well as for 2G Italians. In an open letter published on December 21st, 2008, by one of most well known Italian newspapers La Repubblica, Mr. Fini wrote, "Our society in less than a decade, or maybe now, will not be the same. We are living a time of big migration streams of people, ideas and resources, especially of human resources. That’s why we have to act in accordance with such social development. We cannot let immigration be marginalized. Let’s work for a freer and more open society." With this letter, Mr. Fini tried to spur the debate about the 2G need to be granted the Italian citizenship at the age of ten. While the vast majority of 2G Italians are entering the adult stage, Fini’s call is still frozen because of the unjustifiable absurdity of the Italian politics.
Posted by Zafar Khan at 11:03