Near Death experiences and Islam 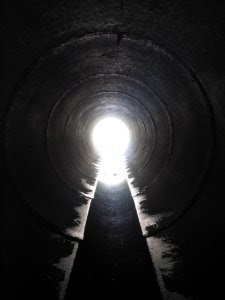 When doctors returned to check on the patient who had almost died and been in a deep coma before being resuscitated, he thanked them for all the work they had done. He had, he told the surprised team of medics, been very impressed and had watched everything they had done. He had heard all that had been said, too, and, at one point, had been concerned when resuscitation was about to be abandoned. He then went on to describe in detail the room where he had been treated – although he had never been conscious in there.

That near-death experience is one of a number recorded by Dutch doctors and one of thousands of similar cases that have now been documented in a major worldwide study.

New research shows that many critically ill kidney dialysis patients have similar experiences, and that almost one in 10 heart-arrest survivors also report near-death experiences whose features include out of body sensations, bright lights, dark tunnels, and images of life events and spiritual entities.

But there's no consensus on what lies behind near-death experiences, even though they are being increasingly reported. Are they, as some people are convinced, signs of the soul leaving the body? Or are they, as others suggest, the last, dreamlike act put on by a dying brain?

Near-death experiences occur in both sexes, in every culture, and at all ages. Researchers at the University Hospital of Geneva recently reported what they describe as the first case in a child of 12 who had undergone elective, uncomplicated surgery that had run into difficulties. But, in spite of considerable differences in ages, cultures and diseases, many features of near-death experiences are remarkably similar.

The spiritual theorists have it that this is the immediate prelude to death itself, and that it establishes that there is life after death. These theories take what the individual sees, hears and feels as being a report of exactly what happened. One suggestion is that, at the time of death, the body and soul separate and near-death experiences are a glimpse of the first part of that process.

A range of psychological theories have been put forward to explain the phenomenon. One suggests that it is a defence mechanism in the face of impending death. Another floats the idea that the working of the brain is somehow altered by changes in chemicals that occur shortly before death. Other explanations include false memories, a reaction to acute stress, and anoxia, or lack of oxygen, resulting in sensory disturbances.

A newer theory suggests the arousal system is implicated, and that the near-death experience is triggered by the crisis. The idea is that rapid eye movement (or REM sleep, where most dreaming occurs, and where the sleeper is paralysed, with only the heart, diaphragm, eye muscles and the smooth muscles active) is involved. At the root of the theory is the notion that some people are more prone to a condition called REM intrusion, where sleep paralysis occurs when they are awake. It is found in people with narcolepsy, or excessive sleepiness, and it can be accompanied by hallucinations or delusional experiences that are unusually vivid and often frightening.

Research led by Dr Kevin Nelson, clinical neurophysiologist and Professor of Neurology at the University of Kentucky shows that, out of 55 people who have had near-death experiences, 60 per cent had at least one prior occasion where REM sleep state intruded into wakefulness, compared to only 24 per cent in a control group. "Instead of passing directly between the REM state and wakefulness, the brain switch in those with a near-death experience is more likely to blend the REM state and wakefulness into one another," he says.

Brain regions involved in the REM state are part of the arousal system that regulates different states of consciousness, and are also part of the brain's fight-or-flight survival instinct. The theory, which is gaining support, is that people who have experienced a previous REM-intrusion are more likely to have a near-death experience under circumstances of peril. It has also been shown that stimulating the heart and lung nerve, as occurs during resuscitation, can trigger REM-intrusion.

The theory also has explanations for the common characteristics of near-death experience. The impression of being dead, for example, could be a reaction to the paralysis of REM, while the tunnel of light may be linked to changes in blood flow in the retina and visual activation by the REM system.

The paranormal and spiritual images may result from the fact that the limbic system, which is older than other parts of the brain and which is involved in behaviour, emotion and long-term memory, is strongly active during REM sleep. Out of body experiences – often reported by people under extreme stress – have also been linked to the arousal system.

While it offers explanations for many features of near-death experience, the researchers behind the arousal theory say that it is still work in progress. The problem for them and other researchers looking for more down-to-earth explanations is that they have to find a rationale for their theories, unlike the spiritual theorists who accept everything as reported as evidence of paranormal activity.

Little fieldwork has been carried out to prove or disprove the spiritual theory as a whole, although out-of-body experiences have been examined. These experiences often involve the individual looking down from ceiling height at themselves on the operating table, or in a bed. To test whether these are real, some experimenters have placed labels and objects on the top of equipment that could only been seen from the ceiling. So far, no one has been able to spot them.
~~~~~~

All these sound very convincing but we cant believe in them according to Islam. There is a detailed section on Death on our homepage and in that there is a small section on Barzakh. Once the person is buried and the people leave, the Angels come and ask some questions. After that the person goes in an intermediate stage where he is not aware of anything. The people will be raised on the day of judgement when the trumphet will be blown. Till then there are no souls floating around. The only exception being if the person has comitted suicide then their soul will wander till the appointed time of their death.
Posted by Zafar Khan at 06:56

Email ThisBlogThis!Share to TwitterShare to FacebookShare to Pinterest
Labels: Death