Why Do Muslims Fast during Ramadan? 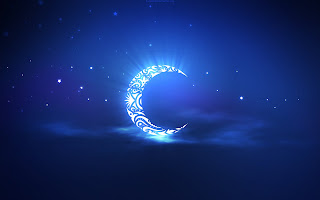 "...whoever witnesses the Month of Ramadan should fast through it..." Q(2:185)
Abstract

As muslims prepare for the age-old annual compulsory one-month fast, this article looks closely at some of the reasons why muslims do Ramadan fast. It also traces the history of fasting in Islam.

What turns out now to be a compulsory annual event (i.e fasting during the month of Ramadan by all able-bodied muslims) started in the early years of Prophet Muhammad (s.a.w) in Medina, precisely in the second year of Hijra. Prior to his flight to Medina (known as Hijra), the Prophet(s.a.w) was in the habit of fasting three times per month (this gives 36 days in a year) when he was in Mecca and to a great extent when he settled in Medina. Not long, the Prophet(s.a.w) soon discovered that the Jews in Medina used to set aside one special day for fasting. By Islamic lunar calendar, the day used to be 10th of Muharram, often called yawmu :ashura. The Prophet(s.a.w) then asked the Jews about the significance of the day. He was told that it is the day Allah helped Prophet Musa(a.s) to humiliate, defeat and drown the tyrant, Fir'aon. By all standard, since Musa(a.s) was a prophet of Allah and of course a muslim, the Prophet(s.a.w) felt that Musa(a.s) was nearer to him as a Prophet (as well as to the muslims) than to the Jews. To this end, he ordered his companions to fast along with him that day.

Narrated Ibn 'Abbas(r.a): When Allah's Apostle(s.a.w) arrived at Medina, he found the Jews fasting on the day of 'Ashura. The Prophet(s.a.w) asked (about it) and they replied: "This is the day when Moses(a.s) became victorious over Fir'aon". The Prophet(s.a.w) said (to the muslims), "We are nearer to Moses than they, so fast on this day" (Sahih Al-Bukhari, vol.6, p.233)

The Prophet(s.a.w) also sent a companion to go round Medina to announce to all the muslims that whoever has eaten should fast for the remaining hours of the day and whoever has not eaten should fast for the day (see Sahih Al-Bukhari, vol. 3, hadeeth 181, p. 103). It is evident that 'Ashura fast was the first communal fast made obligatory for the muslims by the Prophet(s.a.w) whereas his own habit of 3-day-fast-per-month remained optional.

The All-knowing Allah formally revealed two verses regarding fasting in the second year of Hijra: the verses spelt out the reasons for fasting; when to do so; who should be exempted? etc. Let's see the verses:

"(fasting is) for a fixed number of days: but if any one of you is sick, or on a journey, the prescribed number (should be made up) from (other) days later. For those who can do it (with hardship) is a ransom, the feeding of one that is indigent. But whoever can give more (than this) of his own free will--(then) it is better for him, and it is better for you that ye fast, if ye but knew." Q(2:184) When these two verses were revealed, 'Aisha(r.a) reported that the Prophet(s.a.w) then said to the muslims: "Ramadan fast is a divine obligation but whoever likes to fast 'Ashura day (as well) may do so voluntarily or leave it". Undoubtedly, Ramadan fast is a blessing to the muslims in the sense that from one-day 'Ashura fast, Allah gave them a whole month of Ramadan instead. Ramadan may be 29 or 30 days depending on when the moon was sighted.

A cursory look at the qur'anic verses above reveals that the All-wise intend ease for the muslims and not difficulty: for instance, ransom was allowed for those who choose not to fast due to hardship or difficulty. This freedom or leniency was shortlived when the All-wise and the All-knowing Allah tightened His injunction with another revelation that nullified giving ransom, by able-bodied muslims, in exchange for missed Ramadan fast thus:

"Ramadan is the (month) in which Qur'an was sent down, as a guide to mankind, and a clear guidance and judgement (so that mankind will distinguish right from wrong). Whoever among you witnesses the month of Ramadan should fast through it. But whoever is sick or on a journey, the prescribed period (missed should be made up) by days later. Allah wants ease for you and He does not want to put you into difficulties. (He wants you) to complete the prescribed period and to glorify Him in that He has guided you; and perchance ye shall be grateful" Q(2:185).

This verse shows that Allah wants every able-bodied muslim to "complete the prescribed period" (30 or 29 days depending on when the moon was sighted). It infact re-emphasises the importance of Ramadan fast which Allah made clear in the last part of Q(2:184) where He said: "...it is better for you that ye fast if ye but knew". Unambiguously, feeding of the poor person as a ransom for not fasting (by those who can fast) is not allowed by Q(2:185). This is the genesis of Ramadan fast in Islam.

Remarkably, it is clear that 'Ashura fast was replaced by Ramadan fast, but the habit of fasting 3-day-per-month which the Prophet(s.a.w) used to do was a blessing in someway because his 36 days a year fasting can be interpreted thus: Allah approved 30 days as FARD (i.e obligatory) for the month of Ramadan, and the Prophet(s.a.w) recommended six days fasting in the month of Shawwal for all muslims (though this is voluntary). If these two fastings are adopted, one would have done 36 days (which is the same as fasting round the year).

For more information please check out my site inshallah.
Posted by Zafar Khan at 10:00