To Him We Belong & To Him We Shall Return... 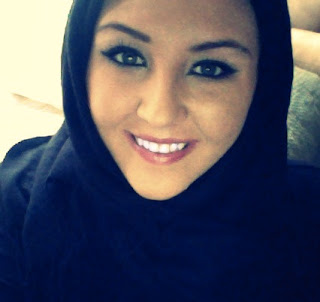 On May 27th, 2011, I took my shahada, or my declaration of faith in Islam in front of our crowded masjid. However, I did not become a Muslim on that day. I have been Muslim my entire life, but was unaware of it. I have always believed in one God and Him alone. This thought is one of the most basic, but most important, pillars of the religion. The reason I never knew I was Muslim was because no one ever told me. I have a Muslim roommate, have met many Muslim people, but no one ever told me what Muslims believe in. All along I had believed in Islam, but had no idea that my faith was the same faith as millions of people around me.

Finally, after years of trying to understand my beliefs, attending different religious services and only believing in parts of what I would hear, a close friend asked me what I believed in. We had been friends for a while and I never talked about religion with him. I explained my fundamental beliefs, that I believe in God, but not the trinity, and I believe in heaven and angels, but also noted that it did not fall under any one religion and I “didn’t know what it was called”. He told me that I had been wrong all this time and that all of my beliefs are consistent with his beliefs as a Muslim.

At first I thought he was just trying to make Islam “look good”. Explaining the most appealing parts of the faith. He would send me ayas (or “verses”) from the Qur’an and I agreed with them, but I thought he was only picking and choosing the best lines that would make me more interested. I went out and bought a Qur’an for myself to find things to point out to him that I did not agree with. I couldn’t find one single thing. I agreed with every aya. I easily understood why the literal translation of “aya” is “miracle”. Every verse is a miracle. As a matter of fact, every word is a miracle.

It was a miracle in my own life that after searching for twenty years, after being confused, after thinking I would never find anyone else with my beliefs, I found Allah (subhana wa ta’ala) through His will. The best part was, however, that He had always been with me. I would stay up as late as possible reading Qur’an and crying knowing that I was reading the truth. I reflect on how beautiful it is that Allah (swt) gave all of the other Prophets the power to perform miracles for the people of their time to see, but he gave Prophet Muhammad (salla Allahu alayhi wa salaam) a miracle that I get to hold in my hands every day, the Qur’an.

I knew I was Muslim and I knew I was so incredibly blessed that Allah (swt) wanted me, a twenty-year old college student, to come to Him. How could I be so lucky? And how could I do anything but seek all the knowledge and faith possible when I was chosen by Him to come to Islam?

That is not to say there were not times when I was terrified. Americans do not think too fondly of Muslims, and after all the negative media portrayals I expected my friends to feel similarly about the subject. Some do, and I do not mind letting them go as friends. A friend should accept you for what you are, and also should draw you nearer to Allah. Spending time with those friends makes it obvious to me that they are not what is best for me, and that I prefer friends who are of my religion. When it’s time to pray, I can go pray without having to explain myself. When we see someone walking down the street that is “different” we do not judge them, as opposed to tease them or harass them as my friends and I had done in the past. That is not to say I do not make du’aa (or prayer) for them.

There are friends who support me and love me no matter what my choice is, and to them I am thankful. I can only hope that Allah (swt) draws them nearer to Him. However, what I was surprised to find out of these friends is the complete lack of knowledge about Islam, and oftentimes about their own religions as well. I was ignorant about Islam before converting, but I had not thought that all of my friends would be equally as ignorant about Islam and their own religions!

It is my biggest honor in life to be Muslim. It is my second biggest honor to explain Islam to others. I am thankful that people feel comfortable enough around me at a grocery store, or in line at Subway, or at my office, or at the park to ask me about my faith, I just hope that I am eloquent and intelligent enough to speak for my faith.

There’s nothing I love talking about more than what we believe in and why we believe in it. I cannot force others to believe in Islam: “Let there be no compulsion in religion: Truth stands out clear from Error” (Qur’an 2.256). However, I can educate people who do not know what Islam is about the basic beliefs. I cannot teach faith, that is only in the heart and that is only between you and Allah (swt), but I can teach religion and His message. This teaching, or dawah, is a critical part of Islam. Islam does not belong to us, it belongs to all of mankind. Islam, and the Prophet (saws) are a mercy for the entire world.

I have been told to “go back where I came from” in a WalMart parking lot (to which I responded, “I’m from Cleveland!”). I have been told to “shut up” while eating ice cream with Muslim friends for no reason. I have had people make sure their children did not walk anywhere near me at restaurants. I have had people tell me that Jesus loves me (to which I responded, “I love him too!”). I have had a woman tell me she feels bad for the way I dress when I was wearing a long dress and turtleneck and she was wearing a tube top and mini skirt (to which I responded, “honey, I feel even worse for you”). And, I have had parents tell their children the reason I was wearing hijab is because I have cancer. And that is perfectly fine. If these people knew the peace we had in our hearts, they would be fighting us for that.

I hope to teach people more about our religion, and I hope that more people are open minded enough to learn, and I hope that I continue learning forever. I encourage the Muslim population to get to know people from different cultures and religions and explain ours. There’s no need to fight, but how beautiful is it that we would speak for ourselves instead of letting others speak for us. May Allah (swt) continue blessing us with the bounty of iman, and inshaAllah (God willing) we will all draw each other nearer to Allah.
“To Him we belong and to Him we shall return.” (Qur’an 2.156)

Please check out more of these stories at the excellent intiative MyfellowAmerican.