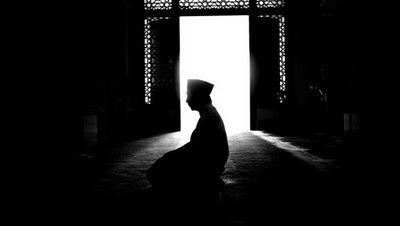 A Prophetic hadith (tradition) makes the following statement:"The Muslim is one from whose tongue and hand other Muslims are safe. The emigrant is one who abandons those things God has prohibited"(Al-Bukhari).

In Arabic the presence of the definite article 'al-' (translated as "the") before Muslim is significant. This refers to true and ideal Muslims who leave their mark on all minds, not those who appear or claim to be Muslim, or whose birth certificate reads "Muslim." We understand this from the definite article, which points to a specific, definite one. This is derived from the Arabic grammatical rule that when something is described with a definite article, the item's highest and most perfect condition is indicated. So when "the Muslim" is aid, the first thing that comes to mind is the most perfect meaning of Muslim, and that is what is meant in the hadith.

True Muslims are people of safety and trust, so much so that other Muslims can turn their backs on them without doubt or suspicion. They can entrust a family member to such people without fear, for that person will be absolutely safe from the Muslims' hand or tongue. If they attend a gathering together, the person can leave in full confidence that no one will gossip about him or her, and neither will he or she have to listen to gossip about others. Such Muslims are as sensitive to the dignity and honor of other people as they are to their own. They do not eat; they feed others. They do not live; they enable others to live. They will even sacrifice spiritual pleasure for others. I derive all these meanings from the fact that the definite article also means hasr, an Arabic style that confines the meaning of a sentence to a certain person or object.

As in every statement of Prophet Muhammad (peace and blessings be upon him), every word in the hadith under discussion was chosen carefully. Why were the hand and tongue mentioned? Of course there are many subtle points related to this choice. A person can harm someone in two ways: either directly or indirectly. The hand is used for direct attack and the tongue attacks indirectly through gossip and ridicule. True Muslims will never engage in such activities because they always act justly and generously, whether directly or indirectly.

Another important moral dimension of Islam is that Muslims keep at bay things that will harm others, whether physically or spiritually, and that they do their best not to harm others. Every segment of a Muslim society must represent safety and security. Muslims are true Muslims to the extent that they carry within themselves a feeling of safety and that their hearts beat with trust. Wherever they are or live reveals this feeling that derives from as-salam, "peace," the salutation of Muslims. Muslims wish peace for those whom they greet by saying, "Peace, mercy, and blessings be upon you." They wish safety when leaving, adorn their prayers with greetings, and give salam to other believers when they leave God's presence, i.e. at the end of the prayers.

Let's look at these points deriving from the spirit of salam: True Muslims are the most trustworthy representatives of universal peace. They travel everywhere with this sublime feeling, which is nourished deep in their spirits. Contrary to giving torment and suffering, they are remembered everywhere as symbols of safety and security. In their eyes, there is no difference between a physical (direct) or a verbal (indirect) violation of someone's rights. In fact, in some cases the latter is considered to be a greater crime than the former.

If Muslims commit some of these sins, they are still Muslims. We cannot consider them as being between faith and denial. As in every matter, in the matter of faith and Islam, one should keep aims high and seek perfection rather than be satisfied with being a common believer. These are only a few of the many things miraculously compressed into the hadith in question.

Excerpted with some modifications and with kind permission from "Ideal Believer, Ideal Muslim According to the Prophetic Definitions." - By Fethullah Gulen

Fethullah Gulen is an influential Turkish Muslim intellectual who inspired a series of social activities, including a transnational education and business network, interfaith dialogue forums, and multicultural encounters.

Another interesting related article is here.