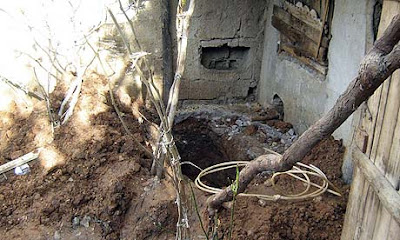 Another week, another killing of a young women for a silly crime of talking to boys. With the Islamic information being available easily in the digital format all over the internet, hopefully a lot of Muslims are able to understand that Honour killings are not Islamic and there is no honour in them on the day of Judegement when we are in front of our Creator.

Liz Jones in The Daily Mail has somehow managed to blame all the Muslims and Islam as medieval, backward thinking, clannish and patriarchal but we cant blame her, The Daily Mail is well known for its Islamophobic attacks and lack or properly researched articles. She has on the other hand highlighted some very interesting points that we as Muslims should not be ignoring.

Four out of ten women in Turkey are beaten by their husbands. Half of all murders are ‘honour’ killings.

In an attempt to circumvent the stiffer sentences, ‘honour suicides’ have mushroomed.

Batman, a town in the south-east of Turkey, has been nicknamed ‘Suicide City’: three-quarters of all suicides here are committed by women – nearly everywhere else in the world, men are three times more likely to kill themselves.

Women who are told to kill themselves are usually given three options: a noose, a gun or rat poison. They are then locked in a room until they have done the deed.

Girls in Afghanistan are staying home because of a spate of acid attacks. In Italy, a country where until 1981 ‘honour’ was an ‘extenuating circumstance’ for murder, a young Moroccan woman was murdered last autumn by her father for wearing jeans.

In Iran, honour killings are legal. In Pakistan, a 17-year-old girl who, it was claimed, became pregnant by a man who was not her husband was forced to give birth before having her baby thrown to its death in a canal. The teenager was then mauled by dogs before being fatally shot in the head.

But can we in the West really claim the moral high ground when it comes to condemning these ‘honour’ killings’?

I would counter that the number of women harmed psychologically and physically by the West’s obsession with extreme youth far outstrips the number of women who are murdered for adultery, or even for the ‘crime’ of being the victim of rape in Islamic countries.

Every society has things it should be ashamed of. We have battered wives, domestic violence, child abuse, rape. These crimes are not done in the name of religion, other than as part of our cult of worshipping only women who are barely adolescent.

Violence against women is widespread in all countries. In Britain, 45 per cent have experienced some form of domestic abuse. In Germany, that figure is 37 per cent. Let’s not make this a war against Islam.

Mustafa Akyol in The Turkish Daily News highlights the following:

Honor killings, unfortunately, are a widespread phenomenon in the Middle East, and people have diverse opinions on where exactly it has its roots. These disagreements were also reflected in the dozens of comments the Daily News Web site received Thursday. One commentator, who probably was a nationalist Turk, argued that the killers of the 16-year-old girl “were Kurds and this is their culture.” Another commentator soon responded by blaming the “Turkish government,” for it “kept the Kurds … in the dark ages.”

The truth is, yes, honor killings in Turkey are a problem mostly of the Kurdish population, for the latter is still under the influence of tribalism and all the related patriarchal codes. But this is neither an inherent characteristic of the Kurdish people, nor a conspiracy cooked up against them by the Turkish authorities.

The problem is the topography of historical Kurdistan. It is a very mountainous region, which is inhospitable to trade routes, railways and highways. Hence its inhabitants have lived almost isolated from the outside world for centuries and have remained largely untouched by modernity. The same is also true for the ill-famed “tribal areas” of Pakistan, which is, again, very mountainous.

Another issue about honor killings that came out in the comments to the Daily News, and which I want to focus on, was their link to Islam — or the lack thereof. A commentator was quite certain on this. “The problem [is] not the Muslims,” he (or she) wrote. “The problem is Islam.”

Well, I beg to differ. I rather think that honor killings exist because not just modernity but also Islam could not penetrate enough into the patriarchal cultures of the Middle East.

Let me explain. Of course, Islam, like other Abrahamic religions, has laws and punishments about sexual morality. The Koran, for example, criminalizes adultery, and thus Islamic law, or the shariah, has developed a system of regulating how it will be penalized. I personally have reformist views on this (for example I am totally against stoning, which is a part of the classical shariah) but that is another matter. What matters here is that honor killings go against even the most conservative interpretations of the shariah.

Why? Well, because while the Koran defines adultery as a crime, it holds both the female and the male equally responsible for it. But have you ever seen a man killed for “honor?” I haven’t. What I have rather seen is that while women are being killed, beaten or at least humiliated for extra-marital relationships, men are often congratulated by their male friends for their “virility.”

In the face of this hypocritical male-domination, the Koran actually tried to protect women by penalizing false accusations of adultery brought against them. Unless there were “four eye witnesses” who saw the actual intercourse, no women could be accused of adultery, and those who spread rumors about her would be flogged.

So, if the shariah were applied to the situation of the 16-year-old girl who was buried alive by her relatives, it was the latter who should have been punished for bringing false accusations of adultery.

An academic who has studied honor killings, Dr. Kecia Ali, agrees that Islam is not to blame here. In her report for The Feminist Sexual Ethics Project she notes that while “some have viewed honor killings as a logical extension of traditional Islamic gender practices,” others have “argued that honor killings are the antithesis of Islamic morality.” And she finds the latter view as “essentially correct from the perspective of Koran, prophetic traditions and Islamic legal thought.”

Dr. Stefanie Eileen Nanes, another academic who studied honor killings in Jordan, agrees. “In fact, this practice predates Islam,” she notes, “and young men who commit these murders have been quoted as saying that in these cases, despite what Islam says, tradition is stronger than religion.”

What this means is that religion can be helpful in the much-needed campaign against honor killings. To its credit, the Turkish Religious Affairs Directorate (the “Diyanet”) has noted this and its imams have given sermons throughout Turkey denouncing the horrific practice. But much more is needed.

Throughout the Middle East, Islamic scholars and other opinion makers should focus on this problem, and make strong, not half-hearted, denunciations of honor killings.

And if they don’t find themselves willing to do that, they should question whether they are, too, under the influence of the patriarchal codes of male-domination, rather than the Islamic norms of justice.

There is a section on The Islam Awareness Homepage on Honour Killing, please go through that if you have any doubts.
Posted by Zafar Khan at 10:47