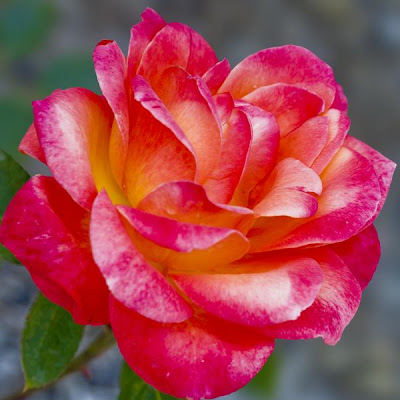 She was one of the noblest women of her time, coming from a very prominent family. She was also quite beautiful and the holder of a considerable amount of wealth, for she successfully ran her own business. To marry her would have been a great feat for any man, and indeed, quite a few of the most prominent and wealthy men in society had asked for her hand. Yet, she rejected them all; already being a widow, she had lost the desire to marry again.

Until he came into her life. He was young man of 25, and although he was also of a noble family, he was an orphan and was not a man of many means. He had made a meager living tending sheep in the hills surrounding the city. Yet, he had an impeccable moral character, and he was widely known as one of the most honest men around. That is what attracted her to him: she was looking for someone honest who could conduct business for her, as she – a woman in a fiercely patriarchal society – could not do it herself. So, he started working for her.

After he came back from his first business trip, she asked her servant, whom she had sent with him, about him and his conduct. The servant amazed her by his report: this young man was the kindest, gentlest man he had ever met. Never did he treat the servant harshly, as many others do. Yet, there was more: as they traveled in the heat of the desert, the servant noticed that a cloud had followed them the entire time, shading them from the blazing sun. Upon hearing this, she became quite impressed with her new employee.

Not only that, this new employee proved to be an astute businessman in his own right. He took his employer's merchandise, sold it, and with the profits bought other merchandise that he sold again, thus profiting twice. All this was enough for her: the embers of love in her heart that were once extinguished were re-kindled again, and she desired to marry this young man, who was 15 years younger than she.

So, she sent her sister who asked him, "Why are you not married, yet?"

"For lack of means," he answered.

"What if I could offer you a wife of nobility, beauty, and wealth? Would you be interested?" she told him.

He replied in the affirmative, but when she mentioned her sister, the young employee chuckled in amazement.

"How could I marry her? She has turned down the most noble men in the city, much wealthier and prominent than me, a poor shepherd," he said.

Not long after, this wealthy business-owner married her young employee, and it was the beginning of one of the most loving, happiest, and sacred marriages in all of human history: that of Prophet Muhammad (peace be upon him) and Khadijah, the daughter of Khuwaylid.

When they were married, the Prophet was 25 years old, and Khadijah was 40. Yet, that did not bother the Prophet one bit. He loved her so deeply, and she loved him as deeply. They were married for 25 years, and she bore him seven children: 3 sons and 4 daughters. All of the sons died at a young age. Khadijah was a source of immense love, strength, and comfort for the Prophet Muhammad, and he leaned heavily on this love and support on the most important night of his life.

While he was meditating in cave of Hira, the Angel Gabriel came to Prophet Muhammad and revealed to him the first verses of the Quran, which Muslims believe is the word of God, and declared to him that he was to be a Prophet. The experience terrified him, and he ran home and cried to Khadijah , "Cover me! Cover me!" She was startled by his terror, and after soothing and comforting him for a while, the Prophet was able to calm down and tell her about his experience (Al-Bukhari).

The Prophet feared he was going mad or being possessed.

Khadijah put all his fears to rest: "Do not worry," she said, "for by Him who has dominion over Khadijah's soul, I hope that you are the Prophet of this nation. Allah would never humiliate you, for you are good to your relatives, you are true to your word, you help those who are in need, you support the weak, you feed the guest and you answer the call of those who are in distress." She then took him to her cousin, Waraqah ibn Nawfal – a Christian scholar well-versed in the Judeo-Christian scripture – and he confirmed to Muhammad that his experience was Divine and he was to be the Prophet they had all been waiting for (Al-Bukhari).

After his ministry began, and the opposition of his people became harsh and brutal, Khadijah was always there to support Prophet Muhammad, sacrificing all of her wealth to support the cause of Islam. When the Prophet and his family were banished to the hills outside of Makkah, she went there with him, and the three years of hardship and deprivation eventually led to her death. The Prophet Muhammad mourned her deeply, and even after her death, the Prophet would send food and support to Khadijah's friends and relatives, out of love for her.

Once, years after Khadijah died, he came across a necklace that she once wore. When he saw it, he remembered her and began to cry and mourn. His love for her never died, so much so, that his later wife Aishah became jealous of her. Once she asked the Prophet if Khadijah had been the only woman worthy of his love. The Prophet replied: "She believed in me when no one else did; she accepted Islam when people rejected me; and she helped and comforted me when there was no one else to lend me a helping hand" (Al-Bukhari).

Much has been made and said about Prophet Muhammad's multiple marriages. There are many who smear him as a womanizing philanderer, citing those multiple marriages. This is, of course, totally false. If, God forbid, the Prophet was as they claim, he would have taken advantage of his youth to act on these desires. But he did not. Rather, he was with no other women before Khadijah, who was 15 years his senior, and he had no other wife alongside her, although multiple marriages was common custom at that time.

It was only after Khadijah died (God rest her soul) that he took on more than one wife at a time. All his subsequent marriages were undertaken based on divine instructions. Most of these wives were widows, whom the Prophet married to care of, or they were the daughters of prominent Arab chieftains, so that the Prophet could form a cohesive Muslim society out of a fiercely tribalistic Arab culture. The smears against the Prophet fall flat on their faces once the light of truth shines brightly upon them.

In a song about the Prophet and Khadjiah, Muslim rappers Native Deen sing: "We look for stories of love in places dark and cold. When we have a guiding light for the whole world to behold." Many of what we call "love stories" today are nothing more than stories of lust and desire, physical attraction disguised as love.

Yet, I can find no love story more powerful, more spiritually uplifting, more awe-inspiring than that of the Prophet Muhammad and Khadijah. It is a shining example of what an ideal marriage is, and if I ever claim that I love my wife, I must gauge my actions with that of the Prophet. As the country commemorates Valentine's Day, and everywhere we turn this month, "love is in the air," I cannot help but reflect upon, what is to me, the greatest of all love stories: that of Prophet Muhammad and Khadijah. Even with all of its amazing creative talent, Hollywood could not have come up with a story greater than this.

Hesham A. Hassaballa is a Chicago doctor and writer. He has written extensively on a freelance basis, being published in newspapers across the country and around the world. He has been a Beliefnet columnist since 2001, and has written for the Religion News Service. In addition, his articles have been distributed worldwide by Agence Global. He is a guest blogger for The Chicago Tribune. and is a contributing writer for the prominent news website altmuslim.

Dr. Hassaballa is author of the essay "Why I Love the Ten Commandments," published in the award-winning book Taking Back Islam (Rodale). He is also co-author of The Beliefnet Guide to Islam (Doubleday). In 2007, his blog, God, Faith, and a Pen, was nominated for a Brass Crescent Award for a blog that is "the most stimulating, insightful, and philosophical, providing the best rebuttals to extremist ideology and making an impact whenever they post."
Posted by Zafar Khan at 13:34