Are Muslims allowed to fall in Love? 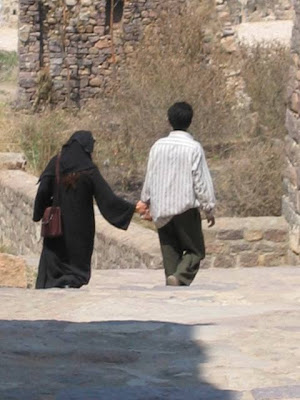 We do not say love is halal or haram because it is a feeling. Maybe it is not under control. You can judge what is under control. But people who fall in love are in many episodes away from the cleansed and pure atmosphere.

Marriages that are usually good and lasting marriages are those that start at the least affection. That affection grows after marriage and maybe it will grow until the couples continue their companionship at the Jannah.

If you have any affection towards a person, you should ask yourself: why do you like that person? If you have good Islamic, reasonable justification, then you need not tell that person of what you feel. However, you can make a serious plan to make him ask for your hand. If you want to know the meaning of fitna, a great part of it is what people nowadays call love or romance.

In this context, we'd like to cite the following fatwa that clarifies the Islamic ruling on falling in love:

"If we are speaking about the emotion which we call "love" then we are simply speaking of a feeling. What we feel toward a particular person is not of great importance, until our feeling is expressed in a particular action. Now if that action is permissible, then well and good. If it is forbidden, then we have incurred something that Allah does not approve of. If it is love between a man and a woman, the emotion itself is not the subject of questioning on the Day of Judgment. If you feel you love someone, then you cannot control your feeling. If that love prompts you to try to see that person in secret and to give expression to your feelings in actions permissible only within the bond of marriage then what you are doing is forbidden."

Excerpted, with slight modifications, from: www.islamicity.com

Shedding more light on the issue in point we'd like to cite the words of Sheikh Ahmad Kutty, a senior lecturer and an Islamic scholar at the Islamic Institute of Toronto, Ontario, Canada. He states:

In Islam, it is not a sin if you feel a special affinity or inclination towards a certain individual since human beings have no control on such natural inclinations. We are, however, definitely responsible and accountable if we get carried away by such feelings and take specific actions or steps that might be deemed as haram (forbidden).

As far as male and female interaction is concerned, Islam dictates strict rules: It forbids all forms of ‘dating’ and isolating oneself with a member of the opposite sex, as well indiscriminate mingling and mixing.

If, however, one does none of the above, and all that he or she wants is to seriously consider marrying someone, such a thing itself is not considered haram. In fact, Islam encourages us to marry persons for whom we have special feelings and affinity. Thus, Islam recommends that potential marriage partners see one another before proposing marriage. Explaining the reason for such a recommendation, the Prophet (peace and blessings be upon him) said:“That would enhance/foster the bonding.”

This permission notwithstanding, we are advised against getting carried away by merely the outward appearances of a person; these may be quite misleading. Marriage is a life-long partnership and a person’s real worth is determined not by his or her physical looks, but more so by the inner person or character. Hence, after having mentioned that people ordinarily look for beauty, wealth and family in a marriage partner, the Prophet (peace and blessings be upon him) advised us to consider primarily“the religious or character factor”over and above all other considerations.