Karen Armstrong on the Chilcot Inquiry 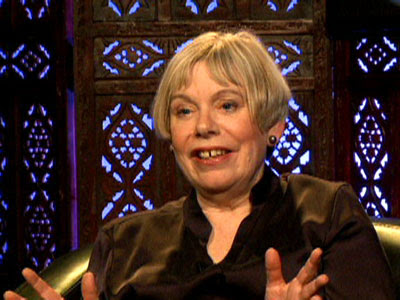 The Iraq inquiry is also known as the Chilcot Inquiry.

As we watch the unfolding drama of the Chilcot inquiry, we should be aware that this is not simply an act of domestic cleansing. Whatever the implications for our political and judicial institutions, it is crucial that the British people learn how we came to go to war. But Muslims are also waiting for the outcome of the investigation, and this makes the inquiry an opportunity that we can ill afford to lose.

It is simply not true that the current tension between the west and the Islamic world is due to an inevitable "clash of civilisations". At the beginning of the 20th century, nearly every Muslim intellectual was in love with the modern west, which they found deeply congenial with their own traditions. Hence the famous remark of Muhammad Abduh, Grand Mufti of Egypt (1849-1905), who said, provocatively, after a trip to Paris: "In France I saw Islam but no Muslims; in Cairo I see Muslims but no Islam." His point was that the modern European economy had created conditions of fairness and equity that came closer to the Qur'anic ideal than was possible in the pre-modern economies of the Muslim world.

Unfortunately, too many self-interested western policies in the Islamic world have soured that early enthusiasm. But not all Muslims have given up on the west. Gallup's unprecedented study of more than one billion Muslims, conducted between 2001 and 2007 in 35 countries, revealed, for example, that what many Muslims admire most about the west is its political liberty and freedom of speech.

But in recent months the situation has become more serious, as I discovered, somewhat ironically, during a visit to Cairo last June – just three weeks after President Obama had made his landmark speech there, promising a new era in American/Muslim relations. I had been invited to take part in the first international interfaith conference at the prestigious Al-Azhar University. It seemed an auspicious occasion. The theme of the conference was: "How could Al-Azhar best use its enormous influence to promote the cause of peace and global understanding?"

But we quickly became aware of the intense anger in the room. Even though many of us were personally known to Al-Azhar and were greeted with warmth and affection, as soon as western delegates took their places on the platform, they became representatives of "the west". There was no dialogue. Nobody responded to the content of our papers. Instead, one by one, the distinguished professors and imams of Al-Azhar rose to their feet to denounce western policy in the region.

Even though this was supposedly a religious conference, they all insisted that religion was not the issue. They were not concerned about differences in faith and belief: did not the Qur'an itself insist that religious diversity was God's will (5:48)? Instead, taking no heed of time constraints or the protests of the moderators, they deplored in detail and at length the sufferings of the Palestinians, the tragedy of Gaza, the conflict over Jerusalem, the crime of Guantánamo – and, of course, the horror of Iraq. The underlying message was clear: the west dominated the political discourse and did not take the Muslim viewpoint seriously; now it was our turn to listen.

When I discussed the situation with my western colleagues, many of us well-seasoned travellers in the Muslim world, we were concerned by the intensity, if not by the content of this assault. We had, after all, long been aware that there could be no peace for the world without a just and equitable solution to these problems. But this seemingly intractable rage was new. Obama, we concluded, had raised hopes – and that could be dangerous: if he did not in the very near future make some tangible gesture to show that the process of change had indeed begun, disappointment could only make matters worse. And if the professors felt so enraged, what on earth could it be like on the streets of Cairo, where this level of frustration, aggravated by economic and political discontent, could make many people easy targets for extremist propaganda?

But the mood of our conference changed. During the last session an American theologian managed, with some difficulty, to take the floor and spoke on behalf of us all. We had, he said, been deeply impressed by the pain in the room; we knew that "the eight horrible years of George W Bush" had inflicted grave damage on the region, and would do everything in our power to work with Al-Azhar for a better future. Immediately, one of the most vitriolic of our assailants responded with generosity and the conference was finally able to issue a firm and positive joint resolution.

So far, Obama has not given the concrete sign that we felt was essential. But the Chilcot inquiry has also raised hopes. If there is any hint of whitewash or cover-up, the consequent disillusion will only exacerbate an already inflamed situation. In Cairo, we discovered that a frank acknowledgment of culpability could turn things around. In our dangerously polarised world, we may not get such an opportunity again.