How Greece Welcomes Its Female Muslims 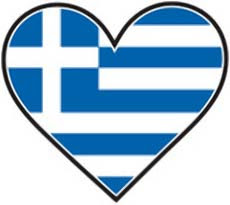 Islam Online has an interview with Anna Stamou, A Greek Revert sister who is also a board member of Muslim Association of Greece.

For those who are interested, can read the interview here.

The Muslim Association of Greece website in English here.

The Muslim community in Greece is made up of people from a wide variety of ethnic backgrounds and national origins.

In Thrace, North East of Greece, a Muslim community of about 120 000 Muslims is based. More specifically, 50 percent of Thrace’s Muslims are of Turkish origin, 35 percent are Pomaks, and 15 percent are Roma people. Each has its own language and traditions. They have their own imams, mosques, cemeteries, schools, etc. but they are all united as this population was exempted from applying the provisions of the Treaty of Lausanne VI, 1923; a treaty which aimed at applying an obligatory exchange of populations between Greece and Turkey following World War I.

The majority of Muslims in Greece comprises of immigrants who had settled in Greece during the last 40 years coming mainly from Arab countries and partly from other Muslim lands, like Pakistan. These Muslims, who are approximately 700 000 living all over Greece, have a variety of occupations, not only as low-profession workers who are estimated at 90 percent of the total immigrant percentage. Some of these immigrants have better opportunities and work in high-professions, so there are doctors, scientists, professors, entrepreneurs, businessmen, and importers.

And then there are Greeks who embraced Islam after studying it, or after getting married to Muslims whereby they had the chance to meet Muslims and interact with them. Islam is one of the fastest growing religions around the world.