Another talented person lost due to Alcohol 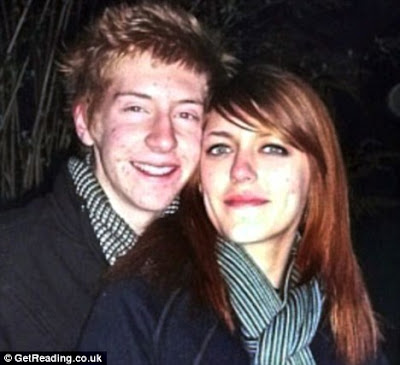 She wasn't a big drinker and thought friends who got drunk were 'daft'.

And yet it was to be Rhona Tavener whose life was cruelly cut short at the age of 16 after she binged on alcohol at a party.

The straight-A pupil is thought to have drunk up to half a litre of vodka with friends before collapsing.

Yesterday a coroner listening to her tragic case implored teenagers not to risk their lives by binge drinking.

Rhona, who was awarded nine A* in her GCSEs, attended the party with her friend Ayran Kalipour on January 30 this year.

Although she started off drinking cola, she was later seen sipping from her friends' alcoholic drinks before downing neat vodka.

Partygoers realised how drunk she was when they saw her fall from a hammock hanging by the pool at the £1million country house.

Ayran and another friend Adam Rawlinson, both 17, decided to drive her home. But she stopped breathing on the way.

The first declaration made by the Prophet (peace and blessings be upon him) concerning this matter was that not only is Khamr (wine or alcohol) prohibited but that the definition of Khamr extends to any substance that intoxicates, in whatever form or under whatever name it may appear. Thus, beer and similar drinks are haram.

And `Umar (may Allah be pleased with him) declared from the pulpit of the Prophet (peace and blessings be upon him) that "Khamr is that which befogs the mind." (Reported by Al-Bukhari and Muslim.)