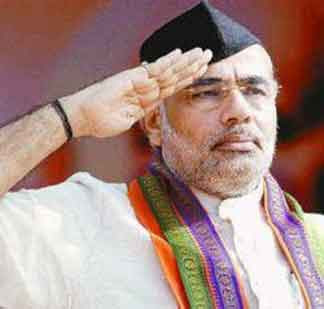 Those who feel that the post-Godhra Gujarat riots of 2002 constitute one of the most shameful episodes in the history of independent India might celebrate the Supreme Court's directive to the Special Investigative Team, headed by ex-CBI director R K Raghavan, to inquire into the role of chief minister Narendra Modi, 15 other Gujarat ministers and MLAs, and saffron leaders such as Praveen Togadia in the organised violence and submit its report in three months. Such celebrations would be premature.

In response to the SC order, the widow of former Congress MP Ahasan Jafri who was murdered by a mob during the riots has said "Allah ke haath lambe hain" (God's arm is long). Tragically, long as it might be, even God's arm is not long enough to retrieve the miscarriage of justice from the tortuous labyrinths of what passes for India's legal system.

The seven-year saga of trying to get to the truth of what really happened in Gujarat in early 2002 when more than 3,000 people were killed and over 1,40,000 rendered homeless bears all the features of a tragic farce. Despite accusations by organisations like Amnesty International which said that "the same police force that was accused of colluding with the attackers was put in charge of the investigations into the massacres, undermining the process of justice", both the Shah commission, and later the Nanavati commission, by and large exonerated the state government from culpability in the riots and in subsequent attempts to suppress evidence of such complicity. These findings were in stark contradiction to the conclusions of the National Human Rights Commission of 2002 that nothing "rebuts the presumption that the Modi administration failed in its duty to protect the rights of the people of Gujarat".

Mass murder became a game of political football. As witnesses turned hostile amidst a storm of accusations and counter-accusations of intimidation and fabrication of evidence, a key case in the Gujarat carnage, relating to the Best Bakery killings, was shifted to Mumbai.

Only one clear verdict has emerged from this politico-legal morass. And that is that Narendra Modi has, among his supporters and they extend beyond the borders of Gujarat emerged as a Hindutva hero and a champion of not just Gujarati asmita but of an aggressive saffron nationalism. The SC directive to SIT will, if anything, only help to reinforce this image by turning Modi the hero into Modi the potential martyr, much in the way of Varun Gandhi whose much-reported 'hate speech' and his subsequent detention under the harsh National Security Act earned him fame or notoriety, depending on your point of view much above his stature.

In Modi's case, any real or perceived threat of politically motivated persecution even if such persecution is no more, or less, than the prosecution of justice will only magnify his already larger-than-life image as the saffron superhero and the BJP's PM-in-waiting.

Jagdish Tytler, one of the accused in the 1984 anti-Sikh riots whose ringleaders have yet to be brought to book, was unlucky. Thanks to a shoe hurled at P Chidambaram who announced his candidature on the Congress ticket, Tytler was unceremoniously dropped from the party's electoral list. Modi, and the BJP, have both shown they're made of sterner stuff. Far from conceding defeat and by that token admitting to guilt in the face of public condemnation, Modi has mastered the art of turning accusation into assault, the meting of justice into the rite of crucifixion.

Indeed, coming as it does in the middle of the poll process, the SC's order to the investigative team regarding Modi couldn't have been better timed if it had been planned by an event manager. Whatever be the findings of the unfortunately acronymed SIT whose performance so far suggests that it has, true to its name, been sitting on the job Modi and his supporters will seek to fashion them into a crown of thorns. Which, as every martyr worth his cross knows, has a way of blooming into the laurel wreath of victory.
~~~~~~~~~~~~

The Taliban is already amidst us in India
Posted by Zafar Khan at 11:04