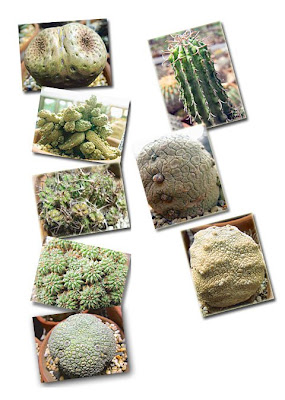 Some of the rarest and most beautiful and exotic succulents in the world come from Somalia. And two of the absolute rarest plants are found around these two Somali towns and bear their names. The first is Pseudolithos eylensis and the second is Pseudolithos harardheranus. Its name coming from the Greek pseudo, meaning “false,” and lithos, meaning “stone,” for the appearance of the stems, pseudolithos constitute some of the most succulent species among the Stapeliads, with the tessellation of the stem’s surface being a characteristic hallmark of the genus. These plants are also among the most prized of all succulents by collectors worldwide.

Somalia is Africa’s easternmost country. Its terrain consists mainly of “Plateau” plateaus, “Plain” plains and highlands. In the far north, the rugged east-west ranges of the Karkaar Mountains lie at varying distances from the Gulf of Aden coast. The weather is hot throughout the year, except at the higher elevations in the north. Rainfall is sparse, and most of Somalia has a semi-arid to arid environment suitable only for the nomadic pastoralism practiced by well over half the population. Only in limited areas of moderate rainfall in the northwest, and particularly in the southwest, where the country’s two perennial rivers are found, is agriculture practiced to any extent.

In her compilation called Cactus and Succulent Plants, Sara Oldfield discusses Somalia’s flora: “Somalia has about 3,000 flowering plant species of which about 500 are endemic. Highly specialized vegetation types within the country support many endemic xerophytic plant species, suggesting that arid climate conditions have remained unchanged for long periods of time…The northeast of Somalia is particularly rich in succulent plant diversity and is considered to be an internationally important center of plant diversity. Specialized limestone habitats, with outcrops of pure gypsum, harbor many endemic species. Some of these species have been known only from single collections by early naturalist explorers, and many others have only been discovered in the past 15 years.”

Many of these plants remain among the very rarest of all succulents and are coveted by collectors worldwide. In part two of “Somalia’s untold beauty,” I will describe more of the fascinating succulents endemic to this country, their state in the wild, conservation efforts being undertaken to insure their future survival, and some tips on cultivating these wonders of Nature.
Posted by Zafar Khan at 14:19