Saudi paedophiles may not be able to marry young girls 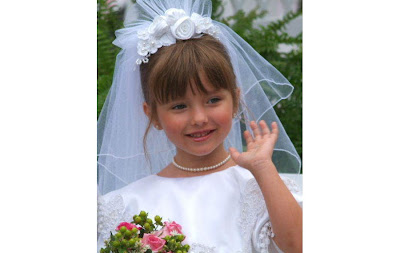 An eight-year old Saudi Arabian girl who was married off by her father to a man in his 50s has had the union annulled, it was reported yesterday. The case, which had generated local and international outrage, ended with an out-of-court settlement.

The child, who has not been named, had been told by a court last December that she would not be allowed to divorce her husband until she reached puberty.

The settlement, brokered by a new judge in Unaizah, Qassim province, was reached only after lengthy negotiations between the girl's lawyer and the husband.

The previous judge had ruled for the second time earlier this month that the marriage was legal. The father is said to have married the child to a friend to pay a financial debt. It had been stipulated, however, that the groom could not have sex with her until she reached puberty.

The settlement was reached with the help of the governor of Qassim, Prince Faisal bin Bandar, who convinced the husband to back down, said the newspaper al-Hayat. The husband agreed to forgo his original demand for repayment of the $8,000 dowry he gave for the girl.

In many Saudi child marriages, girls are given away to older men in return for dowries, or following the custom by which a father promises his daughters and sons in marriage while still children. But the issue is complicated by different interpretations of sharia law and a lack of legal certainty.

No figures are available for the number of arranged marriages involving pre-adolescents in the kingdom, where the strictly conservative Wahhabi version of Sunni Islam holds sway and polygamy is common. But human rights groups say they are aware of many such cases.

The shura council, an unelected body that advises the government, is considering setting a minimum age of 18 for marriage. The debate on this issue is seen as part of a wider struggle between advocates of cautious reform and the conservative religious establishment.


The justice minister said the ban, if approved, would help solve one of the most continuous problems facing Saudi society.

"A girl below 18 is often not fit to take the family responsibility especially if she quickly gives birth (after marriage)," Eissa said.

For this reason, the majority of child marriages end in divorce, he noted.

Currently, Saudi Arabia has no legal age limit for marriage.

Though the girl must give her consent to the marriage, some marriage officials set the term aside.

In many child marriages, girls are given away to older men in return for hefty dowries or as a result of long-standing custom in which a father promises his daughters and sons to marriage while children.

According to local statistics, in the most of these cases, the marriage is concluded without the girl's knowledge or consent.

A United Nations report on child marriage in 2005 found that 100 million girls were expected to marry by the age of 18 before 2015.

The worst countries for child marriage were Niger, the Democratic Republic of Congo, Afghanistan, India and Bangladesh.
Posted by Zafar Khan at 10:12