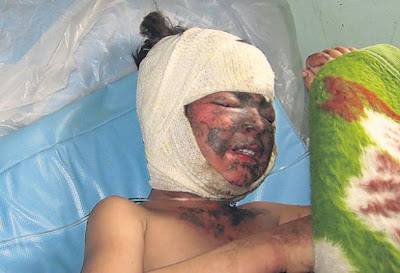 A member of Provincial Council Hajji Abdul Basir Khairkhah on Friday put the number of casualties at 147 for the international troops' air strikes in western Afghan province of Farah early this week.

"The list prepared of those killed in air strikes on Garani village of Balablok district contains the names of 147 people, mostly women and children," Hajji Abdul Basir Khairkhah told Xinhua.

He said "the list will be finalized today (Friday)."

During the operation, with NATO's air support, against Taliban insurgents on Monday, over 100 people including Taliban and civilians had been killed, local people said.

Khairkhah, who headed a five-member investigating team, added that a delegation from Kabul visited the affected village on Thursday and all the houses in the village had been completely destroyed.

Meantime, deputy to provincial governor of Farah Mohammad Yunus Rasouli, has urged the central government and aid agencies to help the victims' families.

If the number is finally confirmed, civilian deaths in this incident will reach a record high since the U.S. invasion to Afghanistan in 2001.


Shouting "Death to America" and "Death to the Government", thousands of Afghan villagers hurled stones at police yesterday as they vented their fury at American air strikes that local officials claim killed 147 civilians.

The riot started when people from three villages struck by US bombers in the early hours of Tuesday, brought 15 newly-discovered bodies in a truck to the house of the provincial governor. As the crowd pressed forward in Farah, police opened fire, wounding four protesters. Traders in the rest of Farah city, the capital of the province of the same name where the bombing took place, closed their shops, vowing they would not reopen them until there is an investigation.

A local official Abdul Basir Khan said yesterday that he had collected the names of 147 people who had died, making it the worst such incident since the US intervened in Afghanistan started in 2001. A phone call from the governor of Farah province, Rohul Amin, in which he said that 130 people had died, was played over the loudspeaker in the Afghan parliament in Kabul, sparking demands for more control over US operations.

The protest in Farah City is the latest sign of a strong Afghan reaction against US air attacks in which explosions inflict massive damage on mud-brick houses that provide little protection against bomb blasts. A claim by American officials, which was repeated by the US Defence Secretary Robert Gates yesterday in Kabul, that the Taliban might have killed people with grenades because they did not pay an opium tax is not supported by any eyewitnesses and is disproved by pictures of deep bomb craters, one of which is filled with water. Mr Gates expressed regret for the incident but did not go so far as to accept blame.

The US admits that it did conduct an air strike at the time and place, but it is becoming clear, going by the account of survivors, that the air raid was not a brief attack by several aircraft acting on mistaken intelligence, but a sustained bombardment in which three villages were pounded to pieces. Farouq Faizy, an Afghan radio reporter who was one of the first to reach the district of Bala Baluk, says villagers told him that bombs suddenly, "began to fall at 8pm on Monday and went on until 10pm though some believe there were still bombs falling later". A prolonged bombing attack would explain why there are so many dead, but only 14 wounded received at Farah City hospital.

The attack was on three villages – Gerani, Gangabad and Koujaha – just off the main road. It is a poppy growing area of poor farmers and there were several fields of poppies near the villages. The Taliban are traditionally strong here and the police and soldiers waiting around the villages were said by eyewitnesses to be frightened. This would explain why Afghan army commanders might have been eager to call for US airstrikes, though they would have needed the agreement of American special operations officers.
Posted by Zafar Khan at 16:01