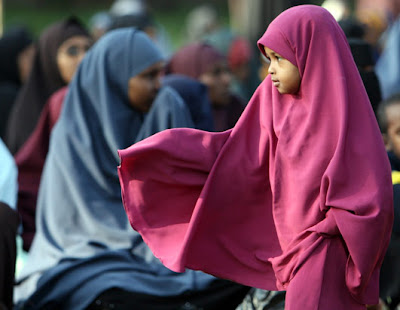 When Ibrahim Aden Mohamed, 13, arrived at Young Muslim Children Home, one of many Muslim charities operating in northeastern Kenya, his life was in tatters.
"My father died long ago, and my mother is very poor to assist me," the young Kenyan boy told IslamOnline.net.

"Now I am getting education, I am treated when I fall sick, and I am learning the holy Qur’an. All these I could not have reached."

Mohamed is one of many orphans served by the Muslim charity, one of many working in Wajir district, one of the poorest in Kenya, to help children whose parents are not there for them.

Just like Mohamed, the charity has helped hundreds of children over the past decades.

"This centre started in 1969, addressing the growing demand of Muslim orphans in this poverty-stricken region," Sheikh Abdisalan Sheikhn Ali, manager of the orphan charity, told IOL.

"It was then just a small centre to cater for few children, but over the years it has grown significantly."

The charity now offers support to more than 1200 orphans.

There are nearly ten million Muslims in Kenya, which has a population of 36 million.

The very aim of the Muslim charities is to help orphan children go to school and get the care and support they need.
"Children here are supported fully in terms of education, health and other necessary care," said Sheikh Ali.

"Although we cannot provide everything they need, we are trying our best to keep them moving on with their lives."

Wajir alone is home to scores of Muslim orphan charities.

Many of them are funded through a project known as "Sponsor an Orphan", through which donors in Arab and Muslim countries volunteer to support an orphan.

Others, like the Wajir Islamic Centre, survive on local donations.

"Initially we supported more than 200 orphans, they got the best accommodation, including payment of their school fees and medical care," says Sheikh Abdullahi Al-Amiri, the principal of Wajir Islamic Centre.

Now, they host only 50 orphans but even with the little support they get, they make sure the children get their education.

"Education is a must for children so that they can support themselves later."

For Mohamed, the orphan boy, getting education is one of the things he thanks God for everyday.

"I feel good, I feel privileged," he says with an innocent smile.

"I know many children like me are out in their homes without the support I am getting now."

Mohamed has one dream.

"I want to be a teacher to teach children like me."
Posted by Zafar Khan at 09:50

Email ThisBlogThis!Share to TwitterShare to FacebookShare to Pinterest
Labels: Kenya