MI5 to Blackmail Muslims into Submission 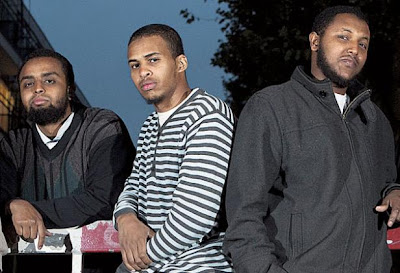 Five Muslim community workers have accused MI5 of waging a campaign of blackmail and harassment in an attempt to recruit them as informants.

The men claim they were given a choice of working for the Security Service or face detention and harassment in the UK and overseas.

They have made official complaints to the police, to the body which oversees the work of the Security Service and to their local MP Frank Dobson. Now they have decided to speak publicly about their experiences in the hope that publicity will stop similar tactics being used in the future.

Intelligence gathered by informers is crucial to stopping further terror outrages, but the men's allegations raise concerns about the coercion of young Muslim men by the Security Service and the damage this does to the gathering of information in the future.

Three of the men say they were detained at foreign airports on the orders of MI5 after leaving Britain on family holidays last year.

After they were sent back to the UK, they were interviewed by MI5 officers who, they say, falsely accused them of links to Islamic extremism. On each occasion the agents said they would lift the travel restrictions and threat of detention in return for their co-operation. When the men refused some of them received what they say were intimidating phone calls and threats.

Two other Muslim men say they were approached by MI5 at their homes after police officers posed as postmen. Each of the five men, aged between 19 and 25, was warned that if he did not help the security services he would be considered a terror suspect. A sixth man was held by MI5 for three hours after returning from his honeymoon in Saudi Arabia. He too claims he was threatened with travel restrictions if he tried to leave the UK.

An agent who gave her name as Katherine is alleged to have made direct threats to Adydarus Elmi, a 25-year-old cinema worker from north London. In one telephone call she rang him at 7am to congratulate him on the birth of his baby girl. His wife was still seven months' pregnant and the couple had expressly told the hospital that they did not want to know the sex of their child.

Mr Elmi further alleges: "Katherine tried to threaten me by saying, and it still runs through my mind now: 'Remember, this won't be the last time we ever meet.' And then during our last conversation she explained: 'If you do not want anything to happen to your family you will co-operate.'"

Madhi Hashi, a 19-year-old care worker from Camden, claims he was held for 16 hours in a cell in Djibouti airport on the orders of MI5. He alleges that when he was returned to the UK on 9 April this year he was met by an MI5 agent who told him his terror suspect status would remain until he agreed to work for the Security Service. He alleges that he was to be given the job of informing on his friends by encouraging them to talk about jihad.

Mohamed Nur, 25, a community youth worker from north London, claims he was threatened by the Security Service after an agent gained access to his home accompanied by a police officer posing as a postman.

"The MI5 agent said, 'Mohamed if you do not work for us we will tell any foreign country you try to travel to that you are a suspected terrorist.'"

Mohamed Aden, 25, a community youth worker from Camden, was also approached by someone disguised as a postman in August last year. He alleges an agent told him: "We're going to make your travelling harder for you if you don't co-operate."

None of the six men, who work with disadvantaged youths at the Kentish Town Community Organisation (KTCO), has ever been arrested for terrorism or a terrorism-related offence.

They have repeatedly complained about their treatment to the police and to the Investigatory Powers Tribunal, which oversees the work of the Security Services.

In a letter to Lord Justice Mummery, who heads the tribunal, Sharhabeel Lone, the chairman of the KTCO, said: "The only thing these young people have in common is that they studied Arabic abroad and are of Somali origin. They are not involved in any terrorist activity whatsoever, nor have they ever been, and the security services are well aware of this."

Mr Sharhabeel added: "These incidents smack of racism, Islamophobia and all that undermines social cohesion. Threatening British citizens, harassing them in their own country, alienating young people who have committed no crime other than practising a particular faith and being a different colour is a recipe for disaster.

The Home Secretary, Jacqui Smith, was warned nine months ago about MI5's alleged campaign of blackmail and intimidation against a group of young Muslim men, The Independent has learnt. Veteran Labour MP Frank Dobson wrote to Ms Smith in September about concerns raised by a north London community leader who claimed six youth workers had endured an 18-month campaign of threats and coercion in an attempt to recruit them as informants on their friends and neighbours.

Mr Dobson was contacted by Sharhabeel Lone, chairman of the Kentish Town Community Centre, on 29 August last year, who told the former cabinet minister of the alleged harassment and urged him to intervene. The MP for Holborn and St Pancras then wrote to Mr Lone on 3 September saying he had raised the men's complaints with the Home Secretary. But Ms Smith is understood to have written back, declining to intervene.
Posted by Zafar Khan at 19:49