Suffering and problems in this world 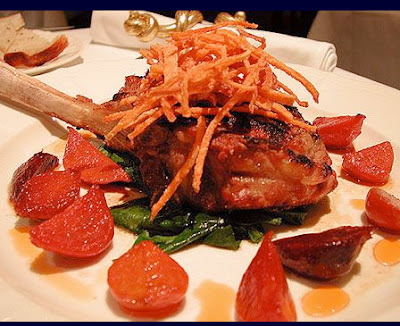 I was reading the confessions of a wall street trader about how they would eat the best food and live lavish lifestyle and at the same time there are so many people suffering in the world.

“Indeed Allah is All-Powerful (Al-`Aziz) and He is able to do all things (`ala kull sha’in qadir). The Qur’an has mentioned this hundreds of times. It is also mentioned in the Qur’an that Allah is the Creator and He is the Best Creator. “Glory be to Allah, the best Creator.” (Al-Mu’minun: 14)

But then the question comes why do pain and sufferings exist in the world. We find sickness, old age and death. We see things that are ugly, people who are insane and foolish. There are storms, earthquakes, floods, draught and famine. We also see people commit sins, show disloyalty, unfaithfulness, greed and insincerity. We see people commit rapes, murders; they fight and make wars. We know all these and many more problems. There are evils caused by human beings and there are natural disasters. There are suffering for individuals and there are those that involve a large number of people.

But we also know that this is not the whole story. Besides all these negative things, we also see beauty, health, prosperity, life, birth, wisdom, intelligence, growth and progress. We also see goodness among people, faith, sincerity, charity, love and the spirit of sacrifice. We also see a lot of virtue and piety. It is wrong to see one side of the coin and not to see the other side. Any philosophy that concentrates on one aspect of the creation and denies or ignores the other side is partially true and partial truths are no truth at all.

There are more that lead decent life than those who commit crimes. Goodness is the rule and evil is the exception. Virtue is the norm and sin is the aberration. Generally trees bear fruits, the flowers bloom, the winds move smoothly.

But then the question is why does Allah allow these exceptions to the rules?

Let us ask this question to understand Allah’s ways in His creation. The Qur’an tells us that good, evil and whatever happens in this world happens by Allah’s Will (mashi’at Allah). Only Allah knows fully His Will. We finite beings cannot grasp fully His infinite Will and Wisdom. He runs His universe the way He deems fit. The Qur’an tells us that Allah is Wise and everything that Allah does is right, just, good and fair. We must submit and surrender to His Will. The Qur’an has not given us all the details about Allah’s Will, but it has enlightened us with the guidance that is useful and sufficient for us. There are several points that we should keep in our mind to understand this issue:

1. First of all, Allah did not make this world a permanent world. This is a temporary world and everything here has a time limit. When its times comes it will die, come to an end and finish. Neither the good things of this world are forever, nor the bad things eternal. We are here for a short time and we are being tested. Those who will pass this test will find an eternal world that is perfect and permanent. Those who will fail this test shall see the evil consequences of their sins and corruption.

2. Allah has placed a physical law and a moral law in this universe. Allah allows suffering to occur when one or more of these laws are broken. The physical law is based on cause and effect. Sickness comes if one does not take care of one’s health or is exposed to infections. A car accident occurs when one is not alert, or drives in a careless manner, or if the cars are not checked, roads and freeways are not made and kept in right shape, or the traffic laws are not right or not properly enforced. Study of causes and effects is very important to facilitate safeguards. Even here we should keep in mind that Allah often saves us and He does not let us suffer from every negligence. How many times it happens that we are not careful and still we reach safely to our destinations. The way people drive in some cities, it is a miracle that more accidents do not happen and more people do not suffer. Allah says:

“(Allah) Most Gracious! It is He Who has taught the Qur’an. He has created man: He has taught him speech (and Intelligence). The sun and the moon follow courses (exactly) computed; and the herbs and the trees both (alike) bow in adoration. And the Firmament has He raised high, and He has set up the Balance (of Justice), in order that you may not transgress (due) balance. So establish weight with justice and fall not short in the balance. It is He Who has spread out the earth for (His) creatures." (Ar-Rahman:1-10)

The way we exceed the measures set by Allah and violate His laws of cause and effect is incredible. It is really the mercy of Allah that we are saved. Strictly speaking, the question should not be why does Allah allow suffering, but how much Allah protects us and saves us all the time in spite of our violations and negligence. The Qur’an says:

“If Allah were to punish people according to what they deserve, He would not leave on the back of the (earth) a single living creature: but He gives them respite for a stated Term: when their Term expires, verily Allah has in His sight all His servants." (Fatir:45)

But sometimes Allah does punish people because of their violations of His laws whether they are physical or moral. The Qur’an tells us that many nations and communities were destroyed because of their sinful lifestyles:

“If they treat thy (mission) as false, so did the Peoples before them (with their Prophets), the People of Noah, and Ad and Thamud. Those of Abraham and Lut; and the Companions of the Madyan people; and Moses was rejected (in the same way). But I granted respite to the Unbelievers, and (only) after that did I punish them: but how (terrible) was My rejection (of them)! How many populations have We destroyed, which were given to wrong-doing! They tumbled down on their roofs. And how many wells are lying idle and neglected, and castles lofty and well-built?" (Al-Hajj: 42-45)

3. Suffering can also be a test and trial for some people. Allah allows some people to suffer in order to test their patience and steadfastness. Even Allah’s Prophets and Messengers were made to suffer. Prophet Ayyub is mentioned in the Qur’an as a Prophet who was very patient. Good people sometimes suffer but their sufferings heal others and bring goodness to their communities. People learn lessons from their good examples. Martyrs die for their faith, soldiers give their lives for their nations and this brings liberation and freedom for their people.

4. Allah sometimes allows some people to suffer to test others, how they react to them. When you see a person who is sick, poor and needy, then you are tested by Allah. Allah is there with that suffering person to test your charity and your faith. In a very moving Hadith Qudsi (Divine Hadith) the Prophet, peace be upon him, said:

So to summarize, we can say that sufferings occur to teach us that we must adhere to Allah’s natural and moral laws. It is sometimes to punish those who violate Allah’s natural or moral laws. It is to test our faith in Allah and to test our commitment to human values and charity. Whenever we encounter suffering we should ask ourselves, “Have we broken any law of Allah?” Let us study the cause of the problem and use the corrective methods. “Could it be a punishment?” Let us repent and ask forgiveness and reform our ways. “Could it be a test and trial for us?” Let us work hard to pass this test.