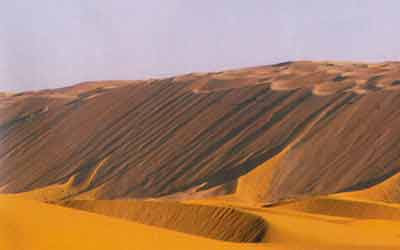 The other day I learnt an important lesson from Surah Yusuf. Chapter 12, Surah Yusuf (Joseph) tells us of a conversation between Yusuf's (as) brothers with his father Yakoob (Jacob)(as):

11. They said: "O our father! why dost thou not trust us with Joseph,- seeing we are indeed his sincere well-wishers?

12. "Send him with us tomorrow to enjoy himself and play, and we shall take every care of him."

13. (Jacob) said: "Really it saddens me that ye should take him away: I fear lest the wolf should devour him while ye attend not to him."

14. They said: "If the wolf were to devour him while we are (so large) a party, then should we indeed (first) have perished ourselves!"

15. So they did take him away, and they all agreed to throw him down to the bottom of the well: and We put into his heart (this Message): 'Of a surety thou shalt (one day) tell them the truth of this their affair while they know (thee) not'

16. Then they came to their father in the early part of the night, weeping.

17. They said: "O our father! We went racing with one another, and left Joseph with our things; and the wolf devoured him.... But thou wilt never believe us even though we tell the truth."


Now you see that Yakoob (as) told his sons that wolf might attack Yusuf (as) and they came back with the same excuse. Just to emphasise their point they said, "you wont believe us even though we are telling the truth."


This situation is a means for believers to gain valuable insights. When careful attention is paid to the lie the brothers made up about Prophet Yusuf (as), the concern expressed by Prophet Ya'qub (as) is perfectly understandable. His sons had come with excuses, just as he himself had said. Prophet Ya'qub (as) had clearly expressed his concerns in his earlier words, saying that he was afraid of Yusuf (as) being eaten by a wolf. His sons, true to the character of mischief-makers, incorporated that concern into the lie they told to their father after throwing Yusuf (as) down the well. They thought that their father might thus be more likely to believe them. The lesson that believers need to draw from this story is to avoid expressing their sincere doubts or concerns within earshot of mischief-makers. This is because, as we have seen in this example, they might use the believers' sincere words against them.


So remember, if your child comes to you asking for some money to buy sweets, dont put ideas in his/her mind by saying that, dont buy chewing gum or something else. If you put idea in his/her mind then Shaitan will put ideas and he/she will likely end up doing the wrong thing
Posted by Zafar Khan at 13:58