Women & Islam: The rise and rise of the convert 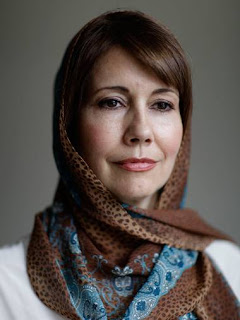 Record numbers of young, white British women are converting to Islam, yet many are reporting a lack of help as they get used to their new religion, according to several surveys.

As Muslims celebrate the start of the religious holiday of Eid today and hundreds of thousands from around the world converge on Mecca for the haj, it emerged that of the 5,200 Britons who converted to Islam last year, more than half are white and 75 per cent of them women.

In the past 10 years some 100,000 British people have converted to Islam, of whom some three-quarters are women, according to the latest statistics. This is a significant increase on the 60,000 Britons in the previous decade, according to researchers based at Swansea University.

While the number of UK converts accelerates, many of the British women who adopt Islam say they have a daily struggle to assimilate their new beliefs within a wider culture that both implicitly and explicitly positions them as outsiders, regardless of their Western upbringing.

More than three-quarters told researchers they had experienced high levels of confusion after conversion, due to the conflicting ways Islam was presented to them. While other major religions have established programmes for guiding new believers through the rigours of their faith, Islam still lacks any such network, especially outside the Muslim hubs of major cities.

Many mosques still bar women from worship or provide scant resources for their needs, forcing them to rely on competing cultural and ideological interpretations within books or the internet for religious support.

A recent study of converts in Leicester, for example, found that 93 per cent of mosques in the region recognised they lacked services for new Muslims, yet only 7 per cent said they were making efforts to address the shortfall.

Many of the young women – the average age of conversion is 27 – are also coming to terms with experiences of discrimination for the first time, despite the only visible difference being a headscarf. Yet few find easy sanctuary within the established Muslim population, with the majority forming their closest bonds with fellow converts rather than born Muslims.

Kevin Brice, author of the Swansea study A Minority Within a Minority, said to be the most comprehensive study of British Muslim converts, added: "White Muslim converts are caught between two increasingly distant camps. Their best relationships remain with other converts, because of their shared experiences, while there is very little difference between the quality of their relationship with other Muslims or non-Muslims.

"My research also found converts came in two types: some are converts of convenience, who adopt the religion because of a life situation such as meeting a Muslim man, although the religion has little discernible impact on their day-to-day lives. For others it is a conversion of conviction where they feel a calling and embrace the religion robustly.

"That's not to say the two are mutually exclusive – sometimes converts start out on their religious path through convenience and become converts of conviction later on."

Another finding revealed by the Leicester study was that despite Western portraits of Islam casting it as oppressive to women, a quarter of female converts were attracted to the religion precisely because of thestatus it affords them.

Some analysts have argued that dizzying social and cultural upheavals in Britain over the past decades have meant that far from adopting an alien way of life, some female Muslim converts are re-embracing certain aspects of mid-20th-century Britain, such as rigid gender demarcation, rather than feeling expected to juggle career and family.

The first established Muslim communities started in Britain in the 1860s, when Yemani sailors and Somali labourers settled around the ports of London, Cardiff, Liverpool and Hull. Many married local women who converted to Islam, often suffering widespread discrimination as a result.

They also acted as a bridge between the two cultures, encouraging understanding among indigenous dwellers and helping to integrate the Muslim community they had joined. Today, there is growing recognition among community leaders that the latest generation of female converts has an equally vital role to play in fostering dialogue between an increasingly secular British majority and a minority religion, as misunderstood as it is vilified.

I converted to Islam in 1995 after Imran Khan introduced me to the faith. At the time I was a presenter for MTV. I used to have all the trappings of success, yet I felt an inner emptiness and somewhat dissatisfied in my life.

The entertainment industry is very much about "if you've got it, flaunt it", which is the exact opposite to the more inward-oriented spiritual attitude of my new faith. My value system changed and God became the centre point of my life and what I was striving towards.

I recognise some new converts feel isolated but, despite there being even fewer resources when I converted than there are now, it isn't so much an issue I've faced. I've always felt welcomed and embraced by the Muslims I met and developed a circle of friends and teachers. It helps living in London, because there is so much to engage in as part of the Muslim community. Yet, even in the capital you can be stared at on the Tube for wearing a headscarf. I usually don't wear one in the West except when praying. I wear the scarf in front of my heart though!

I always try to explain to people that I've converted to Islam, not to any culture. Suppression of women, honour killings or forced marriages are all cultural aberrations, not Islamic ones. Islam is also about dignity and respect for yourself and your femininity. Even in the dating game, Muslim men are very respectful. Women are cherished as mothers, too – as a Muslim woman you are not expected to do it all."

I'd say I'm still a bit of a party animal – but I'm also a Muslim. I do go out on the town with the girls and I don't normally wear my headscarf – I know I should do, but I like to do my hair and look nice! I know there are certain clothes I shouldn't wear either, even things that just show off your arms, but I still do. My husband would like me to be a better Muslim – he thinks drinking is evil – so it does cause rows.

I haven't worshipped in a mosque since I got married, I find it intimidating. I worry about doing something wrong; people whispering because they see my blonde hair and blue eyes. Middlesbrough is a difficult place to be a Muslim who isn't Asian – you tend to be treated like an outsider. Once, I was out wearing my headscarf and a local man shouted abuse. It was weird because I'm white and he was white, but all he saw was the scarf, I suppose. It did make me angry. My family were surprisingly fine with me converting, probably because they thought it would rein me in from being a bit wild.

I was always interested in philosophy and the meaning of life and when I came across Islam it all just clicked. In the space of four or five months I went from going to raves to wearing a headscarf, praying five times a day and generally being quite pious – I did occasionally smoke though.

I felt very welcomed into the Muslim community, but it was a mainly white convert community. My impression of the Asian community in west London was that women felt sidelined and were encouraged to stay at home and look after the men rather than attend mosque. I think this was more a cultural than religious thing, though.

Non-Muslims certainly treat you differently when you're wearing a headscarf – they're less friendly and as a smiley person I found that hard. After a year-and-a-half of being a Muslim I stopped. I remember the moment perfectly. I was in a beautiful mosque in Morocco praying beside an old lady and something just came over me. I thought: 'What the hell am I doing? How have I got into this?' It just suddenly didn't feel right. Needless to say my husband, who was a fellow convert, wasn't impressed. He remained devout and it put a lot of strain on our relationship. We split up, but are on amicable terms now. I'm not really in contact with the Muslim friends I made – we drifted apart.

I don't regret the experience. There is so much that I learnt spiritually that I've kept and I haven't gone back to my hard partying ways.

I was a bit of a tearaway growing up – drinking, smoking, running away from home and being disrespectful to my parents. I converted 10 years ago because I met a Muslim man but I've probably become more devout than him.

Sometimes, I miss going shopping for clothes to hit the town and then going home and getting ready with my mates, having a laugh. The thing is no one is forcing me not to – it's my choice.

It did come as a shock to my family, who are Christian. They've not rejected me, but they find it difficult to understand. I feel bad because I don't now attend weddings, funerals or christenings because they're often at pubs and clubs and I won't step inside.

There needs to be more resources for women who convert. I know some mosques that won't allow women in. But in the Koran there is an emphasis on women being educated. I've learnt about the religion through my husband's family and books – if you want support you have to look for it. It's taken time to regain an identity I'm comfortable with. Because I'm mixed race and a Muslim ,people don't see me as British – but what's important is that I know who I am.