Settlement building to ramp up as punishment for UNESCO vote 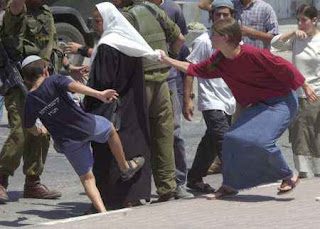 Prime Minister Benjamin Netanyahu and the forum of eight senior ministers decided on Tuesday to initiate a new wave of settlement construction in the West Bank. The move is part of a broader set of sanctions against the Palestinian Authority in response to its acceptance as a member of UNESCO Monday.

The announcement was Israel's first real response to the Palestinian application in September for membership in the United Nations.

On Tuesday, the Prime Minister's Office said the construction of 2,000 housing units planned in East Jerusalem, Gush Etzion and Ma'aleh Adumim should be expedited.

"All of the mentioned areas are ones that would remain in Israeli control under any future peace agreement," the PMO said in a statement.

The "forum of eight" also resolved to suspend the transfer to the PA of tax remittances collected by Israel in October. More than NIS 300 million was to have been transferred to the PA before the Id al-Adha holiday, which starts on Sunday evening, to pay the salaries of PA employees.

During Tuesday's meeting Finance Minister Yuval Steinitz and Defense Minister Ehud Barak argues over whether to halt the tax transfers indefinitely. Barak argued that suspending the payments would jeopardize the future of security coordination with the Palestinians in the West Bank, while Steinitz supported the move.

Steinitz said Israel should also cut off its funding to the United Nations Educational, Scientific and Cultural Organization, as the United States has done. Israel contributes about $2 million a year to UNESCO.

The forum decided to start the process of revoking the VIP status of senior Palestinian officials, which allows them to pass through checkpoints between Israel and the West Bank. The ministers also decided to bar UNESCO missions from Israel and the PA and restrict the agency's activities here.

Nabil Abu Rudeineh, a spokesman for PA President Mahmoud Abbas, said on Tuesday that Israel had decided "to speed up the destruction of the peace process" by accelerating the construction of settlements on land where the Palestinians aim to found an independent state. Abu Rudeineh also described as "inhumane" the decision to suspend tax payments.

After obtaining full membership in UNESCO, the PA will now seek membership in the World Health Organization and 15 smaller UN agencies.