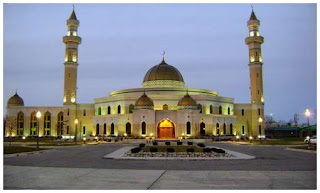 A string of 19 unsolved shootings – all of which appear to be racially motivated – are sending shockwaves through Sweden's immigrant population.

Bejzat Becirov points to a large hole in the bottom corner of a window at the Islamic Centre, Malmo's largest mosque. "It was last year," he said, "New Year's Eve, and there were people in there, drinking tea and writing greetings cards. Then one of them felt a kind of rush of air, and splinters of glass on the back of his neck. The police later found a bullet embedded in a piece of furniture."

This is not the worst thing that has happened at the mosque. Mr Becirov, its director, also remembers an arson attack that caused severe damage in 2003. But the shot fired at the mosque late last year is now being re-evaluated. Could it form part of a wider series of unexplained attacks that the police in Malmo are now hoping the public can help solve?

The announcement last week by police that a string of unsolved shootings might be connected is causing deep concern in this city, where almost half the population has an immigrant background. The attacks that police are investigating have all taken place in the past year and have all been aimed at people who look as though they might be immigrants. Of those 19 shootings, one person has been killed and eight have been injured.

Shootings are not uncommon in Malmo - a lot of people here talk about how easy it is to get hold of a gun if you want one - but the police say there's been an escalation in recent weeks and that is why they decided to warn the public and ask for their help.

They have set up a special investigation unit and have brought in help from Stockholm.

Among those now working the case is a man expert in psychological profiling - a man it is hoped can get inside the gunman's head by looking at patterns of behaviour.

He also brings with him uncomfortable echoes of the past, because he previously helped bring one of Sweden's most notorious criminals to book.

That was in the early 1990s when a man armed with a rifle was stalking the streets of Stockholm shooting at immigrants.

His weapon was equipped with a laser sight and some of his victims noticed a spot of red light on their clothes shortly before they were shot. He quickly became known as Lasermannen, the Laser Man.

His name was John Ausonius. He is now serving a life sentence for his crimes, and is also the subject of a book by the Stockholm-based writer Gellert Tamas.

In a series of interviews in prison he spoke of how he felt inspired by a new right-wing party with a strong disapproval of immigration that had recently been elected to the Swedish parliament.

"He said that he felt a kind of moral and political support for what he did," remembers Mr Tamas.


Sweden had parliamentary elections last month, which resulted for the first time in the Sweden Democrats winning seats in parliament.

They too are calling for restricted immigration and they have an apocalyptic vision of a Muslim takeover in Europe.


"We should be quite clear about one thing," says Mr Tamas.

"But we can look at the general atmosphere and here there are some similarities with the early 1990s. The first and most obvious is that we once again have a right-wing, xenophobic party in the parliament."

The Sweden Democrats deny they are xenophobic and have indeed put up a reward for information leading to an arrest in Malmo.

But there is speculation in the city that whoever is doing the shooting may in some way feel inspired by recent political developments.

Support for the Sweden Democrats was significantly higher in Malmo than the national average.

The police say it is going to take time to get results, that it is a complicated enquiry and no-one should expect a quick fix.

That will not be much comfort to the small group of men gathered in the twilight outside a small basement mosque in Rosengaard after evening prayers.

"We've been told not to be outside after dark," said one. "It's time to go home."