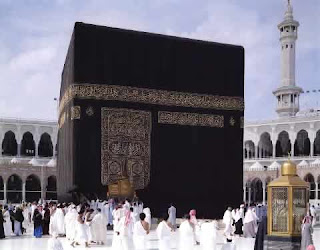 As more than a billion Muslims around the world celebrated Eid today, the millions who had made the trip to Saudi Arabia continued with their hajj rituals, throwing pebbles at vast pillars, shaving their heads and sacrificing animals. But the festival's display of unity masks divisions inIslam, including hostility to t he Shia Muslim minority who undertake the pilgrimage to Mecca.

Shia Muslims number 200 million and are the second largest denomination in the faith. Many perform the hajj, and they also travel to Iran, Iraq and beyond to visit holy sites.

In Mina, Saudi Arabia, hundreds of Shias have travelled from Britain to perform the hajj. Among them is Mohammed al-Hilli, who says he has "been called a heretic and a nonbeliever" and thinks some of the attitudes stem from Saudi preachers advocating hostility towards Shia Muslims.

He said there have been many incidents where the religious police, the mutaween, have victimised Shias, and said they had disrupted the group's prayer meetings in the Grand Mosque in Mecca.

Another member of his group, Riaz Esmail, is on his ninth hajj. "I would say that attitudes in Mecca towards Shias are better than they are in Medina," he said. "There are a large concentration of Shias in the east of the country and that is a source of tension for the Saudis."

Pilgrims from Britain are required to state which sect they belong to on their visa application. Esmail had no objection to this, as long as it was being used for the right purposes: "If it's being used to single me out then that's quite unfair. Sometimes when the religious police see us they say that what we are doing is bid'ah [an innovation deemed sinful]."

He said that on past visits to Medina, home to Mohammed's grave and another important destination for pilgrims, he had been spat on. "It is very sad that Muslims should treat each other this way."

Shia Muslims believe Muhammad's family and certain individuals among his descendants, known as imams, have spiritual and political authority over the community. They also hold that Ali, Muhammad's cousin and son-in-law, was the first of these leaders and therefore Muhammad's rightful successor. Questions of leadership and different religious practices are the main sources of friction between the two denominations.

Al-Hilli said he had not encountered outright hostility or prejudice in Mecca, but was alarmed about the situation in Medina, which is home to the graves of four out of 12 Shia imams.

In the past, some Shia Muslims have felt unable to visit the graves of the imams, saying the mutaween stood guard to discourage them. Last year the government cordoned off the area entirely. Now it is open twice a day – to men only.

Al-Hilli said: "Women feel disadvantaged. It is very sad and brings tears to my eyes. No other place on earth has the graves of so many revered individuals from our tradition. I do not feel I can go there comfortably, there is always tension, pressure and harassment."

Many Shia, when performing prayers during the hajj, will follow Sunni practices rather than their own, which include a different call to prayer, a different form of ablution, and combining prayers, worshipping three times a day instead of five. Despite the reported divisions, yesterday the customs of hajj continued. Shaving the head, or halq, is a fundamental act for all male pilgrims.

The slaughter of an animal – qurbani – marks Abraham's willingness to sacrifice his son Ishmael at Allah's command. Saudi Arabia's ministry of Hajj proudly announced earlier this month that more than 100,000 Somali sheep were on hand to cover the high demand for sacrificial animals, adding to the 400,000 waiting in Jeddah and the extra million already being imported.

The casting of stones sees pilgrims re-enact Abraham's rejection of the devil. According to Islamic tradition Abraham was on his way to sacrifice his son Ishmael at Allah's request when he was tempted by the devil on three occasions. Each time the prophet threw stones to drive him away.