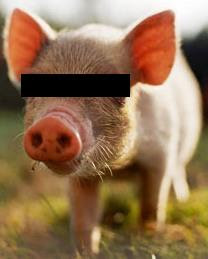 Just over 10 years ago, I was beginning my 3-11 PGCE teacher training, specialising in Early Years (3-8). My first teaching placement was at an Early Years Unit where the children were 100% Muslim. About two thirds of the children were from families originating in the Mirpur district of Pakistan (Barelwi Muslim), about one third were of Gujerati origin (Deobandi), with just one child born in Bosnia. Most children in the Unit spoke English as an emerging language (E2L). The two brilliant and beautiful Nursery Nurses were bilingual in Gujerati, Urdu, Pothowari, but not Bosnian!

During the several months I was based at the school, I witnessed a good deal of anti-Muslim prejudice from the Head and some of the teaching staff, who were 100% white, although I was never the target of such prejudice myself. One PGCE student assigned to the school alongside me, and not one of the Guardianista brigade, asked to be moved after she met the Head, who assured her children in his school couldn’t be expected to behave as well as white children “because of their culture”. My mentor would unblinkingly talk about her local “Paki shop” in front of the Nursery Nurses. Not a day went by when I didn’t hear my faith abused or insulted by teachers at the school.

Naturally, there was considerable tension between school and community. Yet to my astonishment, staff and Head all claimed to be committed anti-racists. Not surprisingly, this manifested itself in tokenistic ways. For example, Three Little Pigs became Three Little Sheep, and children’s educational videos were carefully screened for pictures of pigs, after several children were seen covering their eyes when a pig popped up during one programme. Yet unlike the Early Learning Centre, no one ever thought to remove pigs from the Early Years Unit’s play farm.

This is not to say members of the local Muslim community were not offended by pigs – a few were. Interestingly, such complaints came universally from the more conservative (and middle class) Deobandi community, at a time when a group of ultra-conservative Deobandis were seeking to open a private Muslim primary school in the locality. Some welcomed the exclusion of pigs from the Unit, because they didn’t want their children to learn about an animal they personally found revolting. Others didn’t care. A small number, including the Nursery Nurses, were quietly contemptuous of these concerns: “I thought we were forbidden to eat pork. Where in the Qur’an does it say we should hide from pictures of pigs?”

In the end, these changes amounted to very little in the scheme of things, and certainly presumed no special Muslim entitlement of the kind implied by tabloid headlines. Like the Head of this school and his friends, the media loves to present such token changes as evidence that we’ve gone to far in accomodating to Muslim immigrants. The BBC and the posh papers might not always say as much, but right wing columnists and the more ghastly tabloids scream it on their behalf. Yet the racist staff were among the keenest supporters of the piggy ”accomodations” because they provided a smokescreen behind which to hide their bigotted attitudes.

I measured teacher racism thus: I listened to them talking, and substituted the word “black” for “Muslim”, and “race” for “culture”. Did it then sound like old fashioned racism? 99% of the time, it did. The experience permanently politicised me. Had the teachers simply treated the children like children, with due sensitivity to their Muslim faith, school results would have hurtled upwards. I wouldn’t have witnessed the absurdity of a teacher celebrating a child with ADHD aged 8 learning to write his name, completely ignorant of the fact the same child could recite large sections of the Qur’an, thanks to a Madrassa tutor with nothing more than a Dars-i-Nizami.

One amusing story illustrates the complexity of these issues. One day, I was approached by a parent who, via translater, tried to demand that children in the Nursery no longer learned that pigs went oink. She insisted that this was in accord with the Islamic faith. I replied that I was a Muslim, with a degree in Religious Studies, and as far as I was aware, saying oink was perfectly permissable for Muslim children! She immediately capitulated.

“I’m sorry,” she explained, “but I’m desperate. My son keeps making oinking noises round his grandfather, and he refuses to stop. I don’t think he likes his grandfather very much, and when his oinking upsets the old man, he laughs!”