Why Cyprus is more Islam-friendly than Turkey 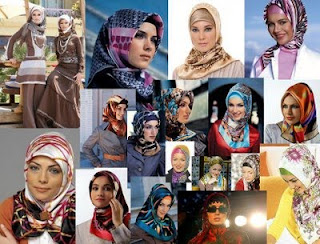 There was an interesting headline in daily Taraf a few days ago, “The Greeks have set the headscarf free.” The story was about a juvenile female Muslim student living in the Republic of Cyprus. She wanted to attend her primary school classes while wearing a headscarf, a demand that sparked a public controversy. But as Taraf wrote with reference to Alithia, a Greek Cypriot daily, the Minister of Education, Andreas Dimitriu, intervened on behalf of the young girl’s right to practice her faith. “Religious freedom is non-negotiable,” the minister reportedly said, “and so is the parents’ right to raise their children according to their beliefs.”

“Well done, Mr. Dimitriu,” I said to myself. “And down with this absurd secularism in Turkey, which makes it much less Islam-friendly than the Greek-ruled Republic of Cyprus.”

Let me be a bit clearer about my intentions. Although I am a Muslim, I am actually not the greatest fan of the headscarf. I think the Quran’s verses on female modesty are open to interpretation, and it is possible to understand them in a way which will not necessitate the covering of a woman’s hair — let alone that of a teenage girl. But I respect the views of my co-religionists who think that the veil is a religious necessity, and stand for their right to wear it anywhere they want. Similarly, if some crazy regime banned the Jewish kippah, I would support the right to wear that as well. For me, too, religious freedom is non-negotiable.

Secondly, although I detest this particular form of secularism that is established in Turkey — laiklik, a worse version of the French laïcité — I am actually in favor of a secular state. But I want a secular state which is neutral to religion, not hostile and oppressive to it. It should try not to sterilize the public square from religion, but rather open it to all religions and philosophies. The United States is probably the best example.

However, the anti-religious form of secularism is the only one that the Turkish state establishment knows. Hence “protecting secularism” here means banning the power and symbols of religion — and particularly Islam — as much as possible. That is why the headscarf is banned in the public square, including universities. And that’s why every year thousands of veiled Turkish students head to European or American universities, where they find freedom.

The irony here — that Turkey is less Islam-friendly than many non-Muslim countries — was best exposed on a popular Turkish TV show a few years ago. The host, a secularist, was asking his guest, a young veiled Turkish lady who attends a Canadian university, if she loved Atatürk, the father of all secularists. In response, she gave a shocking “no.” When the host, annoyed, said, “but it was Atatürk who saved us from being a British colony,” the answer he received was even more shocking: “But I would be free in Turkey if it had become a British colony.”

Turkey is in fact lucky to have become an independent republic rather than a colony after World War I, but it is also true that this independence did not bring much freedom to society. The republic, founded in 1923, turned into a “single party regime” in less than two years. The result was an authoritarian system that wanted to impose its own ideology on the people, not listen to their aspirations. It built a secularism inspired by the illiberal French Enlightenment (not the liberal Scottish one), and a modernism based on the late 19th century myth that “religion is an obstacle to progress.”

Unfortunately, this Turkish experience gave secularism a bad name in the whole Muslim world. Hence, despite all the wishful thinking by Westerners, Turkey never became a “model” or “example” for other Muslim nations. Which Muslim believer would want to adopt a political system which forces women to uncover themselves, bans courses on the Quran and even messes up the call to prayer?

So, if Turkey can ever really inspire other Muslims — and bring relief to its own — it has to abandon its tyrannical form of secularism and start to learn what religious freedom means.

Regrettably, though, despite all the change in the world, the rigidity of Turkey’s ultra-secularists, and their standard bearer, the People’s Republican Party, the CHP, remains untouched. And, again regrettably, their new leader, Kemal Kılıçdaroğlu, keeps on proving that he does not have the spine to introduce any real change to his archaic party. Last week, he unexpectedly spoke to daily Radikal about his plans to “free the headscarf in the university,” only to back off a day later, when he apparently got a lot of heat from the CHP nomenklatura. He is a manager, it seems, not a leader.

Yet I am sure that this insane ban on the headscarf won’t last forever, and even Turkey’s ultra-secularists will have to soften over time. And until then, thank God, we have at least free countries such as the Greek-ruled Cyprus Republic, where veiled Turks can find respect.