Robert Fisk: They're all grovelling and you can guess the reason 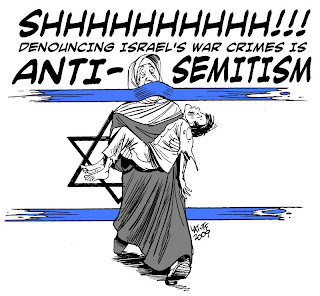 It is the season of grovelling.

Only a week after CNN's Octavia Nasr and the British ambassador to Beirut, Frances Guy, dared to suggest that Sayyed Hassan Fadlallah of Lebanon was a nice old chap rather than the super-terrorist the Americans have always claimed him to be, the grovelling began. First Ms Nasr, already fired by the grovelling CNN for her effrontery in calling Fadlallah a "giant", grovelled herself. Rather than tell the world what a cowardly outfit she had been working for, she announced that hers was "a simplistic comment and I'm sorry because it conveyed that I supported Fadlallah's life's work. That's not the case at all".

What is this garbage? Nasr never gave the impression that she supported "Fadlallah's life's work". She merely expressed her regret that the old boy was dead, adding – inaccurately – that he had been part of Hizbollah. I don't know what her pompous (and, of course, equally grovelling) "senior vice president" said to her when she was given her marching orders. But like victims of the Spanish Inquisition, Nasr actually ended up apologising for sins she had never even been accused of. Then within hours, British ambassador Guy began her own self-flagellation, expressing her regrets that she may have offended anyone (and we all know what that means) by her "personal attempt to offer some reflections of a figure who, while controversial, was also highly influential in Lebanon's history and who offered spiritual guidance to many Muslims in need".

I loved the "controversial" bit – the usual "fuck you" word for anyone you want to praise without incurring the wrath of, well, you know who. The Foreign Office itself took down poor Ms Guy's blogapop on old Fadlallah, thus proving – as Arab journalists leapt to point out this week – that while Britain proclaims the virtues of democracy and the free press to the grovelling newspaper owners and grotty emirs of the Middle East, it is the first to grovel when anything might offend you know who.

For that was the collective sin of Misses Nasr and Guy. What they said might have made Israel's supporters angry. And that will never do. The reality is that CNN should have told Israel's lobbyists to get lost, and the Foreign Office – which was indeed upbraided by the Israeli foreign ministry – should have asked the Israeli government when it is going to stop thieving Arab land. But as my old mate Rami Khoury put it in the Jordanian press this week, "We in the Middle East are used to this sort of racist intellectual terrorism. American and British citizens who occasionally dare to speak accurately about the Middle East and its people are still learning about the full price of the truth when Israeli interests are in the room."

Which brings us, of course, to the Grovel of the Week, the unctuous, weak-willed, cringing figure of Barack "Change" Obama as he strode the White House lawn with Netanyahu himself. For here was the champion of the underdog, the "understanding" president who could fix the Middle East – finding it "harder that he thought", according to his spokesman – proving that mid-term elections are more important than all the injustice in the Middle East. It is more than a year now since Netanyahu responded in cabinet to Obama's first criticisms with the remark: "This guy doesn't get it, does he?" (The quote comes from an excellent Israeli source of mine.) Ever since, Netanyahu has been McChrystalling Obama on a near-weekly basis, and Obama has been alternatively hissing and purring, banning Netanyahu from photo calls, but then – as those elections draw nearer – rolling over and talking about how the brave Netanyahu, whose government has just destroyed some more Arab homes in East Jerusalem, is taking "risks for peace".

Needless to say, the only good guys in this story are the courageous Jewish Americans who oppose the thieves in Netanyahu's government and the racism of his foreign minister, the Ahmadinejad-like Avigdor Lieberman. And which Western newspaper was bold enough to point out that the house destruction in Jerusalem "effectively end(ed) an unofficial freeze of such internationally condemned demolitions"? The New York Times? The Washington Post? No, the Israeli newspaper Haaretz, of course. And anyone who thinks Haaretz is alone in condemning the illegal actions of the Israelis should read the excellent Jewish magazine Tikun in the US, which goes for Israel's Likud lobbyists – for they are Likudists – like a tiger. Their latest target was Neal Sher, the Likudist who used to be in the US Justice Department and who is trying to persuade La Clintone to ban Judge Goldstone from America (where he holds a university professorship) for accusing Israel of war crimes in Gaza. And whose government was it that also condemned Goldstone's report? Well, Obama's of course.

Looking back, the Obama grovelling started in that famous Cairo reach-out-to-the-Muslim-world speech, when he referred to the Palestinian "relocation" of 1948 (as if the Palestinian Arabs got up one morning on the birth of Israel and decided that they all wanted to go on holiday to Lebanon). But the moment the world should have got wise was when Obama accepted the Nobel Peace Prize. A man of greater dignity would have acknowledged the honour of such an award, but explained that his own unworthiness prevented him from accepting. But he did accept. He wanted the Nobel Prize. It was more important to accept it even though he did not deserve it. And now? Well, we've all been watching the little groveller this week. Middle East peace? Further colonisation of Arab land? Crisis in southern Lebanon? The continued siege of Gaza? Forget it. Think of mid-term elections. Remember the fate of Nasr and Guy. And grovel.
source
Posted by Zafar Khan at 10:04