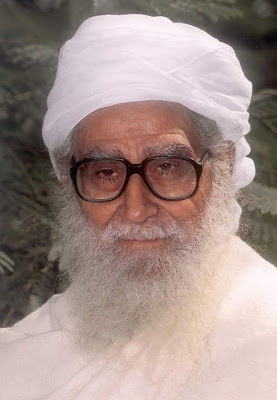 Director of the New Delhi-based Centre for Peace and Spirituality, editor of the monthly Al-Risala journal and author of almost two hundred books, Maulana Wahiduddin Khan is one of India’s best known Islamic scholars. In this interview with Yoginder Sikand, he talks about issues related to Islam and women.

You have written extensively on the issue of Islam and women. Contrary to many traditional ulema, you argue the case for gender equality in Islam. How does your approach differ from that of most traditionalist scholars?

The approach of the traditionalists is based largely on the corpus of medieval fiqh, while my understanding is based on a direct reading of the principal or original sources of Islam—the Quran and the authentic Hadith. The former, by and large, uphold what can be called the Muslim cultural tradition that developed in the medieval period of Muslim history. So, I would call mine a scriptural approach and theirs a cultural approach.

Take, for instance, the institution of the burqa, which many traditionalists stress as essential for Muslim women. The burqa is part of Muslim culture, but is not mentioned or advocated in the Quran. Another example is the traditionalist ulema’s insistence that women and un-related men cannot, or should not, talk to each other, on the grounds that, so they say, a woman’s voice is aurah, or something to be kept concealed from such men. This notion is absent in the original sources of Islam. In fact, there are many hadith reports that tell us that there was considerable intellectual exchange between men and women at the time of the Prophet. For instance, Ayesha, one of the wives of the Prophet, regularly spoke to or addressed many of the Prophet’s Companions, on a vast range of issues. They used to come to her for guidance and discussion. According to one report, whenever the Companions faced a problem to which they could find no answer they would approach Ayesha. So, how, then, can it be said that a woman’s voice is aurah?

I am not aware of any authentic hadith that describes a woman’s voice as aurah. If the traditionalists have any such proof of their claim, they must offer it. But even supposing, hypothetically, they are able to come up with such proof, we need to redefine or reinterpret it in the present context, and also by taking account the accepted principle, recognised by Islamic scholars, that sometimes ‘necessity makes the unlawful lawful’. We are living in a vastly different age today, where there is simply no escape from hearing the voice of women!

Many traditionalist scholars often cite a Quranic verse that describes men as the qawwam of their wives to argue that this means that men are their superiors and that women must be subordinate to them. How do you interpret the term qawwam?

It is a universal principle that everywhere—in government, in a business, in a school or whatever—there has to be a manager to handle practical affairs or else there will be chaos. This applies to the family also. This role of manager of affairs is what is actually meant by qawwam. It does not at all imply subordination or degradation, or any sort of hierarchy. Rather, it is simply a formula for overall management and administration of the family. In my own home my daughter is the qawwam. She runs the affairs of the house. She is the manager of the house. So, it does not mean that a woman cannot be the qawwam of her house.

Unfortunately, many scholars translate the term qawwam to mean that the man is the hakim or ruler of the house, as if he can be some sort of dictator. Many Quranic commentaries give a completely wrong interpretation of the term. Some go to the extent of describing husbands as the majazi khuda or ‘symbolic god’ of their wives. This is really a sign of deep-rooted patriarchy and deviation from Islamic teachings. It is a biddat or wrongful innovation

We have the model of the Prophet Muhammad to explain the correct meaning of the term qawwam. His first wife Khadjiah looked after him when he was in distress. He worked for her, in the business that she ran. He took the advice of another of his wives, Umm Salamah, on many issues, contrary to some Muslim scholars, who argue, without any convincing proof, that a Muslim man may take the advice of his wife but must do precisely the opposite of what she recommends. The Quran also approvingly mentions the case of the Queen of Sheeba, who was the ruler of Yemen.

One can cite several other examples to suggest that the Quran does not call for women’s subordination to men, unlike what some traditionalist Muslim scholars as well as critics of Islam claim, and contrary to what their rendering of the term qawwam suggests. Thus, for instance, although the Caliph Umar issued a fatwa calling upon women not to pray in mosques, his wife refused to listen to him and he could not stop her because that was her Islamic right. Barirah, the wife of Mughis, a Companion of the Prophet, once came to the Prophet in order to seek a divorce from her husband. The Prophet advised her against this, to which she responded by asking him if that was his personal opinion or the command of God. When the Prophet replied that it was his own view, she told him that she did not agree, and so the Prophet arranged for her to be separated from her husband.

Traditionalist scholars (as well as critics of Islam) contend that the Quran allows husbands to beat (dharaba) their wives if they are disobedient. How do you respond to this argument?

The dharaba that the Quran refers to is simply a token pat, not wild hitting. One hadith report suggests that this should be done with a tooth-stick (miswak), which implies that it is not meant to be any sort of serious beating. According to another hadith report, contained in the Masnad of Imam Ahmad, no prophet ever beat his wives. Sometimes, the Prophet Muhammad had problems with some of his wives but yet he never beat them.

The claim that the AIMPLB is the spokesman of all the Muslims of India is completely false. In fact, it does not have any mass base. It is, to my mind, just a bunch of maulvis who have put a stamp on themselves, projecting themselves as leaders while they have little contact with the masses. They might represent just themselves, but certainly not all or most of the Indian Muslims.

Permit me to say this, but I regard the traditionalist maulvi class as, to a very large extent, responsible for the backwardness of the Muslims of this country—and not just as far as women’s issues are concerned. They have little knowledge of the complexities of the contemporary world and so cannot address modern problems or interpret Islam in a manner that would appeal to modern minds. But, I see signs of change all around now. Increasingly, Muslims are refusing to listen to those fatwas of theirs which they find outlandish, and are marching ahead in the race for modern education. Even the sons of leading maulvis are choosing not to become traditional maulvis but, instead, are entering universities. I hope that augurs well for the future and that modern-educated Muslim scholars would be in a better position to interpret Islamic teachings, including about women, in a proper manner.