Can a Muslim say happy Christmas to his friends? 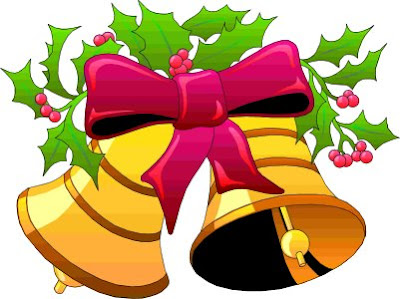 Suheil Azam was sitting in a coffee shop in east London last month when one his friends began a debate on whether it was permissible under Islamic scripture for Muslims to wish their non-Muslim friends happy Christmas. As a 23-year-old professional who socialises widely, Mr Azam had never considered the possibility that someone in his community might frown upon him for going round to his neighbours at Christmas or partying during New Year. But his friend, who had become increasingly devout, was adamant that such behaviour was haram (forbidden).

"Personally I think he's wrong," explained Mr Azam. "But it's difficult to argue against him because all the information he gets is taken from the internet and it makes him sound very knowledgeable."

Such a debate between two young British Muslims would have been almost unthinkable two decades ago. But today it is frequently the internet that young Muslims turn to when looking for spiritual advice. And what they find in cyberspace is often shockingly intolerant. "Do not congratulate [the unbeliever] on their festivals in any way whatsoever," warns one prominent site. "That implies approval of their festival and not denouncing them."

While the real world provides a vast array of interpretations from a variety of Islamic schools, more often than not it is the intolerant strands of Islam taught by Saudi Arabia's fundamentalist Wahabi scholars that dominate online. Backed by billions of petrodollars and an army of tech-savvy graduates who are more than capable of capturing the YouTube generation's imagination, the internet has long been a stronghold for the most intolerant forms of Islam. For those who wish to see the West's Muslim communities continue to integrate with their neighbours, the prevalence of such isolationist rhetoric is of great concern. Armed with quotes from Saudi scholars living thousands of miles away, a small number of angry young British Muslims are forgoing the inclusive Islam their parents were once taught in favour of an interpretation that encourages them to cut themselves off from mainstream society and view all non-Muslims with contempt.

But now, as the Hajj gets under way in Mecca, one of the world's oldest Islamic institutions has come to Britain to remind young Muslims who might be tempted by the Wahabi rhetoric that there is an alternative way to worship. Scholars from Al-Azhar in Cairo have been touring Britain's mosques to launch a new online book of fatwas (Islamic judgements) which directly challenge the Saudi way of thinking.

The second oldest university in the world, after China's Nanking University, Al-Azhar was generally seen as the foremost centre of learning in the Sunni world until Saudi Arabia began exporting its millenarian version of Islam en masse from the late 1970s. Critics have since accused Al-Azhar of being too close to the widely disliked Egyptian government, but it remains one of the few international schools of Islamic jurisprudence with enough historical clout to challenge Saudi Arabia's supremacy.

The 200-page book, entitled The Response, has been available in the Middle East in Arabic for two years but this is the first time a comprehensive list of some of the most commonly asked questions encountered by Al-Azhar's scholars has been available in English, and equally importantly, Urdu, the national language of Pakistan. The issues answered in the book range from whether the Earth revolves around the Sun (Sheikh Ibn Baaz, Saudi Arabia's Grand Mufti during the 1990s, insisted that the Sun revolved around the Earth) to whether a Muslim is allowed to perform magic tricks (Wahabis forbid it).

After each question, the book's authors quote a fundamentalist fatwa and then offer their own, centrist alternative. In reply to whether Muslims can greet non-believers during their festivals, for instance, Al-Azhar's scholars write: "There is no harm in congratulating non-Muslims with whom you have a family relationship, or that are neighbours of yours." They then give examples from the Prophet Mohamed's life that showed his tolerance toward other religions.

Sheikh Abdel Fattah El Bezm, the Grand Mufti of Damascus, was one of two Al-Azhar trained scholars to tour the UK this week, visiting mosques in Birmingham and Manchester. An elderly cleric with a trimmed grey beard and warm eyes, the Islam he grew up with and went on to study was mainly concerned with creating a just world marked by kindness and lenience.

In an interview with The Independent, he was keen to avoid blaming the Saudis directly, but it was clear that Al-Azhar's scholars want to confront the hardliners' rhetoric. "This is not an argument between two countries, between Saudi Arabia or Al-Azhar," he said. "But we do want to show that there are many different schools of thought. A few decades ago people began to abuse Islam and abuse Muslims. They took Islam out of context; they used it for their own personal gain and it has come back to haunt us. We are now paying the price for that." Richard Gauvain, a British-born academic and a specialist in Islam who has taught at the American University of Cairo for the past seven years, translated The Response into English and says it is time moderate scholars caught up with the online mullahs. "To be honest this book should have been written 30 years ago," he said. "Its value lies in re-establishing Al-Azhar as the leading voice. It reaches out to the average guy on the street and reminds them that nuance and ambiguity have always been very much part of the Islamic tradition."

But will British Muslims listen to what Al-Azhar has to say? Earlier this year Al-Azhar launched an English language version of its famous Islamic Hotline. Commonly referred to as "Dial-a-Sheikh" in Egypt, the hotline was launched in 2000 and allowed ordinary Muslims from across the Middle East to phone Al-Azhar's scholars for Islamic advice. It has since received over two million calls from around the world but has had trouble gaining a foothold in the UK. Chérif Abdel Meguid, the phone line's rotund and bespectacled founder, was surprisingly candid about the limited success of the hotline in Britain: "Very few of our callers come from the UK at the moment," he admitted. "We launched it in April but we haven't followed it up with enough advertising yet. This week we've taken adverts out in some of the Urdu language British press so we hope to get more callers." Inayat Bunglawala, the Muslim Council of Britain's influential media secretary who recently founded his own group, Muslims4UK, believes the Egyptian institution's reputation has suffered. "Educated Muslims look at Al-Azhar with respect because of its history as a beacon of learning but they are also very much aware that its reputation has dwindled in recent decades," he said. "Many now regard it as little more than an extension of the Egyptian government whose sheikhs are called upon to make pronouncements that are favourable to the Egyptian regime. "

But Muhammad Ali Musawi from the Quilliam Foundation, which was set up by former extremists who have abandoned their hardline rhetoric, believes even extremists will take note of Al-Azhar fatwas. "I think this is something that we should welcome," he said. "[Al-Azhar] is still a respected institution and people will listen to what it has to say.

"The big problem, as ever, is resources. The sort of money Al-Azhar has backing it cannot even begin to compare with what Saudi Arabia puts in to funding its Wahabi clerics. Unfortunately, young British Muslims rarely come across a scholar from Al-Azhar. But barely a week goes by without a Saudi institution sending over one of their clerics to preach in our universities or mosques."

Q. Should a husband or wife stay in a marriage if their partner no longer prays?

* Fatwa from Sheikh Ibn al-Uthaymin (a prominent 20th-century Saudi scholar) By abandoning his or her prayers, a person leaves Islam. It is forbidden, therefore, for a Muslim to remain with a husband or a wife who no longer prays.

* Al-Azhar's fatwa With a single stroke of the pen, this fatwa declares a vast number of Muslims to be unbelievers. In fact, it means that millions of people are now no longer Muslims. We do not know why the authors are so keen to exclude crowds of Muslims from God's religion.

Q. Is free thought and faith a positive attribute?

* Sheikh Ibn al-Uthaymin Whoever argues that a person is entitled to complete freedom of faith is an unbeliever, guilty of the major sin of disbelief.

* Al-Azhar Allowing people freedom of faith does not mean that we consent to people forsaking their religion. However, we are dismayed by insistence on charging Muslims with acts of apostasy for the smallest of reasons.

Q. Is it wrong to say the Earth moves around the Sun?

* Sheikh Ibn Baaz (Grand Mufti of Saudi Arabia 1993-99) "The person who maintains that the Sun does not move should be condemned to death after being called upon to repent, as his denials of the motion of the Sun constitute a denial of God's Word.

* Al-Azhar Matters which are not explicitly indicated in texts revealed by God should be referred to experts in these fields, such as astronomers. Such fatwas as this one sadly distorts the image of Islam worldwide.

Q. Is it allowed for a Muslim to live in a non-Muslim country?

* Sheikh Ibn Baaz It is illegal to live in such countries for work, trade or even for study, except when engaged in proselytising in the name of Islam.

* Al-Azhar It is a Muslim's duty, whether living within Muslim or non-Muslim communities, to benefit other members of those communities through teaching religion, calling for the good and opposing the bad.

* The Permanent Committee for Islamic Research (Saudi Arabia's most senior school of Islamic jurisprudence) It is not permitted to teach secular law as a general course in higher education. This subject should be limited to specialists, who are able to show how secular law deviates from the truth [of Muslim law].

* Al-Azhar There is nothing wrong with studying secular law providing that one's study is guided by a legitimate interest, such as co-operating for the general good of society and fighting legal oppression.