Conflict in FATA: Girls’ schools are still a casualty of war 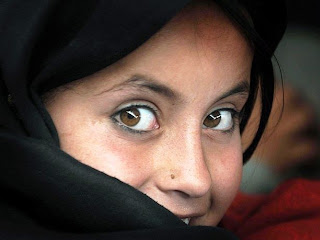 If the first casualty of war is truth, the second is often women. Years of conflict in Fata have been no different. The systematic dismantling of educational opportunities for women has perhaps had more of a long-term impact than direct violence.

Gul Ghutai Rehman, 18, who lives in a small village in the Bajaur Agency bordering Afghanistan, certainly feels this way. Gul was denied a secondary education due to continuous threats to female schools from Tehreek-e-Taliban. She also complains that those women who did get an education have now fled.
“We, the illiterate women, have been left vulnerable and marginalised, not only by our men but also by women who, fortunately for them, got an opportunity to get a quality education, but prefer to serve in the cities instead of the tribal area,” she says.

“It was a terrible morning for us when almost 300 Taliban attacked three villages almost six months ago. They destroyed our schools before leaving the area with a message: absolutely no education for women is allowed.”
For Gul, the consequences are beyond just her own dreams being quashed. “My father is broad-minded and wanted me to become a good doctor who could serve the women of the town. We are still waiting for a lady doctor who could treat females in parda, but unfortunately 11 years of terrorism put an end to my education.”
Brigadier (retd) Mehmood Shah, who has also served as the government’s security secretary in Fata, echoed Gul’s words. His views, however, seem somewhat idealistic as Shah believes that all societies pass through an evolutionary process to transform from a tribal society to “individual economic interest-based groups” which then reform their own value systems.

Published in The Express Tribune, February 19th, 2012.source
Posted by Zafar Khan at 10:00