THE TABLIGHI JAMAAT: A question of gender equality 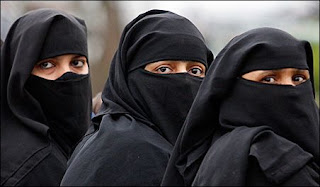 Of the various strands of Muslim reformers and reformists, the Tablighi Jamaat, a Muslim association composed of volunteers and centered on internal individual and community regeneration, is a phenomenon that has taken form in recent times. The first convention of the Tablighi Jamaat was created and led by Maulana Muhammad Ilyas, and took place in New Delhi, India around 1927.
A loosely organized, open fraternity, the Tablighi Jamaat associations travel in groups to various towns and mosques to invite Muslims to come and learn about Islam. This organization does not “preach” to people outside of the faith. Instead, it seeks to cultivate the faith of those already Muslim; the group is based on the idea that building a strong Islamic foundation is necessary before going out to call others to Islam. Today, Tablighi Jamaat branches are found all over world.

The mobility of the Tablighi Jamaat literally makes them a movement. Although traveling and touring comprises the core of their work, members of the Tablighi Jamaat are still not relieved of their responsibilities to home and family. However, the situation is not like that found in Christianity, where those seeking to learn in seminaries or going on missions might choose to not have, or to leave their families for an extended period of time to fulfill their religious obligations.

With family very much in the picture for the Tablighi Jamaat, there is now a shifting of conventional roles. Barbara Metcalf’s article, “Islam and Women: The Case of the Tablighi Jamaat,” discusses the blurring of gender roles to conform with the Tablighi Jamaat’s principles of creating a harmonious and peaceful domestic environment in order to dedicate more time to work outside of the home. Because men are gone for most of the time, they learn to maintain their own living spaces by cooking and cleaning. At the same time, when women remain behind with their children, they assume the traditional male roles of protector and sometimes breadwinner of the household. Moreover, they are encouraged to participate in the Tablighi Jamaat themselves. Thus, women also partake in “dawah” activities, where they invite Muslim females to learn about Islam and dedicate time to community service.

As mentioned earlier, a notable feature of the Tablighi Jamaat is that it does not have a structure at all. Usually, large movements like this require a leader to represent the views of the group or maintain order, but the Tablighi Jamaat has no political or national affiliation.

Instead, in the Jamaat, piety is the standard. This does not mean though that the more pious people become the decision-makers. In order to put into practice the highest form of righteousness, all members of the Jamaat are considered equal, regardless of their level of Islamic knowledge. While accurate dissemination of knowledge is certainly important, there is an emphasis on encouraging others to seek knowledge for themselves, thus elevating each person’s individual pursuit of knowledge.

This philosophy then extends into the domestic sphere. Looked at in one way, women associated with the Jamaat (whether through their husbands or through direct participation) are free from patriarchal restrictions and conventional gender roles. Either as heads of their households, breadwinners, or ultimate decision-makers, these women are not only to augment their knowledge of Islam individually, but should also call other women to learn when they set out to work in Jamaat circles.

One young woman from North America, Nadira,* who is associated with the Jamaat through her husband, says, “Jamaat not only teaches [you] how to inculcate best practices of our faith on a daily basis…It’s a global effort taking place all around the world and I feel that my part as a woman is making myself, my mother, my mother-in-law, and sisters around me more aware of how to become better Muslims.”

Nadira* believes that by both sexes experiencing each other’s roles, they are able to better fulfill their own spiritual goals. “Women support their husbands in Jamaat the same way that their husbands support them… That same beautiful practice of listening to one another, giving opinions, and taking advice is just one of the many beneficial aspects of the Tabligh.”

But Yogindar Sikand, in his piece, “Women and the Tablighi Jamaat,” points out a far less equal situation for women. Sikand argues that there is an immense reliance on Tablighi texts, which are highly influenced by a Deobandi understanding that women should be deferential. The Deobandi method comes from a teaching institution rooted in Deoband, India, that focuses on religious knowledge, Sharia law and leadership vis a vis Sufism. The group also adheres to the four established Sunni schools of thought (“madhahib”) - Shafi’I, Hanbali, Maliki, and Hanafi - declaring that it “has been a center of both the Shariah and the Tariqa from the very day of its its inception.”
“To reinforce the image of the submissive wife, Tablighi texts freely draw on weak (za‘if) and concocted (mauzu) traditions (ahadith) attributed to the Prophet, which critics argue are completely violative of the actual Qur’anic mandate of gender equality, and which were later fabricated in order to lend support to extreme patriarchal notions.”
Sikand goes on to cite the book, “Twenty Lessons for Muslim Women,” by Indian Tablighi scholar, Maulana ‘Ashiq Elahi Bulandshahri. Bulandshahri is preoccupied with distinct details on how women should go about their daily lives, and maintain their modesty: “If she goes to the market she must not, under any circumstances, lift the veil from off her face, not even to see what she is buying,” (Bulandshahri n.d., 75).

These restrictions ultimately lead to women remaining confined to the house, yet, there is still a call to go out and learn the Islamic way. With this arrangement however, women seem to be in a paradoxical position. As Sikand says, “Much evidence suggests that the concern of the TJ with the question of women can, in fact, be seen as a reaction on the part of male defenders of tradition to the threat of increasing female independence.”

In her article, Metcalf mentions that there is a dearth of literature on the Tablighi Jamaat movement overall, and even greater scarcity of information on the female experience in the Jamaat. A number of factors may play into this, such as the Tablighi Jamaat’s intention to stay out of public debates and politics, and the mobile nature of the movement. The Tablighi Jamaat is mostly active in South Asia - Pakistan, India, and Bangladesh- and with rigid gender roles in place, the Jamaat, when it does make its way into public debate, is criticized for not participating in those pronounced gender roles. Metcalf gives the example of accusations of neglect and abandonment of families by some men who participate in the Tablighi Jamaat.

It appears that for the Tablighi Jamaat, the underlying motivation for even including women in these learning circles to begin with was a fear that women were stuck in superstitious thinking and Hindu traditions. By making women’s active involvement an integral part of the its reform agenda, the Tablighi Jamaat aimed to move its mothers, wives and daughters away from these “bad habits,” so to speak.

Like most things, the concept of Tablighi Jamaat arose from a positive place, but along the way some of the interpretations and practices have veered off of the original inspiration—men and women joining an egalitarian group and building their knowledge of Islam in order to more effectively call others to the religion.

*Individual's name has been changed to protect their identity.