Remembrance of God (dhikr) and the path of mercy 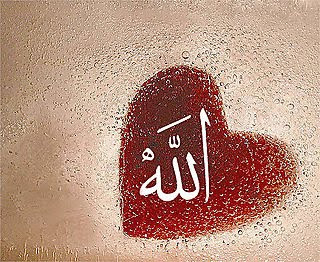 "And whoever turns himself away from the remembrance (dhikr) of al-Rahman (The Compassionate), We appoint for him a shaitan (a satan), so he becomes his close companion (and associate). And most surely they (the satan's) turn them away from the path, though they (the people) persistently imagine that they are rightly guided...." (Qur'an43:36-37)This verse, highlights a repeatedly arising theme in the Qur'an - the importance of dhikr (remembrance of God) - but highlights it in a unique and powerfully crucial manner. It links the turning away from a steady and steadfast contemplation and remembrance of God in the aspect of His Mercy and compassion with the entry of Shaitan (Satan) into one's affairs. And as verse 43:37 indicates, this entry is an invisible, unperceived arrival so that the person remains unaware that he has been turned and deflected away from a felicitous path but instead imagines that he "is rightly guided". This theme of people turning away from God's name of Mercy (al-Rahman) and compassion recurs in several places in the Qur'an and is perhaps due to these people desiring a special recognition or concession for their group, their viewpoint, their tribe, or their social and political status. "No remembrance comes to them from the All-Merciful newly arrived but they turn away from it." (Qur'an 26:5) Instead they are faced with a general beneficence that does away with special pleading and levels all hierarchies except that of consciousness and awareness of God and beauty of conduct.

Rahman and Rahim are two denotations of mercy used throughout the Qur'an. The Rahman is generally considered to be an all-embracing universal mercy and compassion (linked to God's Majesty) which pervades existence and from which everything in existence derives benefit, while Rahim is sometimes defined as a more specialized and focused mercy.

Here (in verse 43:36) we are invoking, through dhikr of the name al-Rahman, the entry into our hearts of that generalized mercy through which all creation obtains benefit - a benefit which is not restricted only to particular groups, and which is not withheld from anything or any creature in existence. And the invocation is an invitation for that mercy to enter and settle into our hearts.

Note: If there is an impediment to this process - to engaging in a remembrance with the heart - if we find it difficult to open this door it is, perhaps, because we ourselves are the door - and if the door is locked, it is locked through our forgetfulness, negligence, and through the careless habits acquired over a lifetime which hinder a true inward consciousness and awareness from arising within us. When we are in this state, then the dhikr is first a recognition of the door, then an approach to the door, then a knocking on the door, and finally an opening of the door of our heart.

When remembrance (dhikr) of Allah is connected with the aspect of His mercy and compassion, that quality of mercy begins to manifest within one's own character - it gains a real, living presence and the heart expands with it's growth. One's thinking, words, actions, and all one's relationships within families, communities, and in the wider world begins to display this mercy. This dhikr then becomes a shield against the countless invisible ways in which Shaitan injects himself into people's lives, even into their religious lives so that, as the verse indicates, "...they (the people) persistently (and mistakenly) imagine that they are rightly guided...." (Qur'an 43:37) though they are deflected from correct guidance.

This is why we find Imam Ali (a.s.) provided a guideline for determining the character of a people. He said: "Be not mislead by their prayers and fasting...rather, try them when it comes to telling the truth and fulfilling trusts." (Nahjul Balagha)

When weighing a person's trustworthiness and their religious ethos, the Imam said not to look at their prayer, fasting, and hajj but to look into their character and how this character displays itself in the workings of life. Then we can see where their attachments lie, what their desires lead to, and what principles manifest in their behavior and aspect.

This is because the prayer, fasting, etc. are a means. Although initially they may be an end in themselves, they are an extraordinary means of remembrance through worship (and they always remain a necessary obligation since they never cease to be an ever expanding means). Remembrance is a means of awakening a slumbering consciousness, which is in turn a means of transformation, and this transformation leads to inner upliftment, and this upliftment makes it possible to draw near to the one to Whom we pray. Prayer is the means and each prayer is an opportunity to advance in this process. So the question becomes: what has our prayer made of us?

The Prophet said that "whoever has no worldly life has no religious life". By this he did not mean that we should plunge ourselves into worldly pursuits but that the one who separates his inner religious self from his life within the trials and distractions of the world has not grasped the full purport and meaning of religion. If we pray and fast, attend the masjid, perform the rituals and consider this the entirety of religious life we are, in a sense, secularizing our religion. Our inner religious self has never had its mettle tested in the world if it remains safely and comfortably within these confines. When it is tested, will the world get the better of us, or will our faith (our iman) guide and direct the quality of our behavior in the world?

We are to take the elevated character, the manners, the freedom from lower attachments that sincere adherence to the pillars of the religion can unfold within us, out into the world. We are to apply this in our day to day affairs - both the easy and the difficult. Truthfulness, patience, fulfillment of trusts, good speech and manners, generosity, kindness, humility, charity, mercy, guarding the weak, involving ourselves in the best affairs of society, in the guardianship of rights - and we are to do this in an ihsan (beautiful) manner - without crudeness, without being rough in action or speech. Like Prophet Yusuf (Joseph) who, in a foreign country, living among a foreign people with a foreign religion, rose to the highest prominence through his reliance on God's mercy and acted with the patience, truthfulness, and beauty of character which emerged from this unwavering reliance. As Sura Yusuf says:

"...most surely (man's) self (nafs) is wont to command (him to do) evil, except those who (are connected with) their Lord's mercy....We reach with Our mercy whom We please, and We do not waste the reward of those who do good (who act in the most beautiful manner)." (Qur'an 12:53,56)

That society in which Yusuf rose to prominence did not look at his prayer and ritual practices (after all, these would have been foreign rituals to them) but they looked at his character, his truthfulness, his patience, his elevated knowledge, his sincerity, his fulfillment of trusts. Without these, which are among the fruits of efficacious prayer and fasting, can it be said that we have truly prayed and fasted. The people of Egypt reacted to how Yusuf comported himself within that society. He did not seek to blend in, that was not his goal - but he became known through the excellence of his conduct. "For the righteous are only known by that which God causes to pass concerning them on the tongues of His servants. So let the dearest of your treasuries be the treasury of righteous action....Infuse your heart with mercy, love and kindness...." (Imam Ali's letter to Malik al-Ashtar)

Unfurling this level of awareness and comportment within ourselves is a difficult matter. For, as the Qur'an states, humans have a tendency to be forgetful and heedless when they interact in the world. In our thoughts it is easy to imagine ourselves behaving magnanimously and with dignity when faced with difficulty and hardship, when heavy pressures and dangers alight upon us. But when the reality surrounds us, our minds desperately seek escape or seek to strike out against the perceived causes of our difficulty and our hearts twist and turn confused and without direction. In such situations we may grasp, in our distress, at any direction that provides a path of action.

When our hearts are perturbed and made uneasy by events, the best direction to turn is towards the remembrance of God, for "...surely by Allah's remembrance are the hearts set at rest." (Qur'an 13:28) And the dhikr, the remembrance, that encompasses God's aspect of Mercy through His name Al-Rahman, will stand as a protecting guard over error, arrogance, and an invisible, and deceptive enemy. Otherwise "...whoever turns himself away from the remembrance (dhikr) of al-Rahman, We appoint for him a Shaitan (a Satan)...." (Qur'an 43:36) This safeguarding dhikr begins on the tongue, enters the mind with concentrated consciousness, settles into a heart softened and cleansed through remembrance of Al-Rahman, and manifests in the myriad small actions a person engages in each day. It becomes a shield and a truly beautiful means of drawing near to the mercy of the Most-Merciful (al-Rahman) who has promised to be the companion of the one who engages in His dhikr.

"I am the close companion of the one who remembers Me." (hadith Qudsi)

And for a people, a community, who live in a state of sincere remembrance, all things become possible

Irshaad Hussain is a contemporary Islamic thinker and author of Islam from Inside.