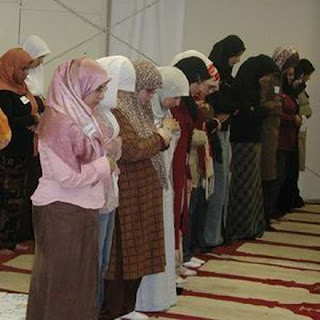 A directory of the 100 most "women-friendly" mosques in England is launched today, claiming to be "the start of the process to broaden and deepen the engagement of Muslim women in British mosques".

Fifty mosques were found to meet all five of the requirements set out by inter-faith organisation Faith Matters, while a further 50 are listed as meeting four of the criteria, which include providing a separate prayer space for women.

The Developing Diversity directory has not been constructed as a ranking tool, but mosques praised for meeting all of the study's criteria include the East London mosque, in Tower Hamlets, London, which serves the UK's largest Muslim community; the Jamiyat Tablighul Islam mosque in Bradford, where a separate prayer room caters for over 800 women; and the Karimia Institute in Nottingham which runs two nurseries for young children alongside an activity club for girls aged 8-15.

Also included for meeting four of the five criteria is the Green Lane Masjid and Community Centre, in Birmingham, and the Farnworth Mosque in Bolton, which lie within the constituencies of Shabana Mahmood and Yasmin Qureshi, the first-ever female Muslim MPs elected at the general election.Researchers for the directory, compiled by the inter-faith organisation Faith Matters, assessed 486 mosques across England through visits and telephone contact in order to draw up the directory, which was supported by the Department of Communities and Local Government.

The other criteria, which was determined through consultancy sessions with 100 female Muslims, include services and activities specifically for women, an imam or female scholar accessible to women, the inclusion of women in decision-making processes and the representation of women on mosque committees. Fiyaz Mughal, founder and director of Faith Matters, described his research as "just one cog starting the process. We hope that this will act as a useful resource for the enquiring mind and a reference point to help develop good practice in mosques. "Such is the nature of the work, some individuals will be unhappy that their mosque wasn't included. It's not to say these are the only 100, but that they provide a snapshot of the ones who are providing these core areas, and providing best practices that other mosques can learn from.

"The long-term view is for other mosques and religious institutions to see the need for good service delivery, and within that the importance of serving half of the population in the best possible way.