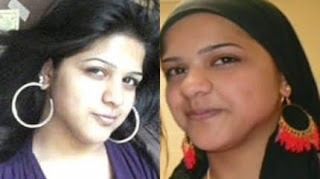 The father and brother of a slain Mississauga teen have pleaded guilty to second-degree murder in a case which has been called an "honour killing."

In an unexpected development on Tuesday afternoon, Aqsa Parvez's two family members admitted to strangling the teen girl at the family home on the morning of Dec. 10, 2007.

Muhammad Parvez, 60, and son Waqas, 29, were both scheduled to go on trial in January for first-degree murder.

Aqsa's death ignited an intense public debate after reports surfaced that she may have been killed for rebelling against her family. Some friends said that family tensions exploded after Aqsa refused to wear the hijab, which is a Muslim head covering.

It is expected that the father and son will be given automatic life sentences. An agreed statement of facts was to be read out in the Brampton courtroom.

Aqsa was only 11 when her family moved to Canada from their native country of Pakistan.

But within a few years, the teen began to argue with her conservative family about clothing, friends and her desire to earn her own money.

According to an agreed statement of facts which was presented in court on Tuesday, the real trouble began a year before the murder.

The teen had told friends at her school that she no longer wanted to wear her hijab, despite her family's insistence. As the arguments escalated, Aqsa ran away from home more than once and told friends that she feared for her life as her father grew angrier.

On the morning of her death, a family member picked her up at a bus stop and took her home. Not long after Aqsa arrived home, her father called 911 and told the operator he had strangled his daughter, the court heard.

Evidence showed that Aqsa had the DNA of her brother under her fingernails.

In an interview with police shortly after the death, Aqsa's mother said that her husband had been angry because of the teen's behaviour.

The mother told police: "He said, ‘this is my insult. My community will say you have not been able to control your daughter.'"

Crown prosecutors are asking that both men serve 18 years before they have a chance of parole.
source
Posted by Zafar Khan at 10:26