Dissent is a dirty word in Israel 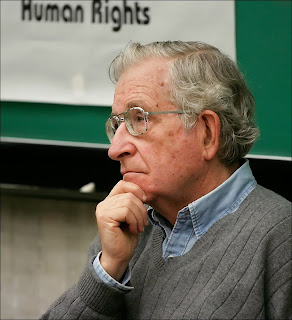 JERUSALEM: When an 81-year-old scholar is deemed threatening and the majority thinks human rights organisations enjoy too much freedom of expression , it is time to grab your worry beads. When the leader of the opposition has a warrant against her in Britain for ‘war crimes’ , it is time to wonder what is happening inside the storied and spunky country called Israel. When former supporters begin to whisper the word ‘apartheid’ to describe Israeli policies in the occupied territories, it is time to hold your head.

Recently, Noam Chomsky, the world renowned American academic, was barred from entering Israel to deliver a lecture at a Palestinian university in the occupied West Bank. After a two-hour grilling that was Kafkaesque and demeaning, he was told, “Israel does not like what you say.” Chomsky recalled he had been turned away once before “in another age, another time” by the Soviets in 1968 when he tried to visit Alexander Dubcek in Czechoslovakia, father of the crushed Prague Spring.

The fear of Chomsky that Israeli officials displayed is a fear of ideas and in what is becoming fairly typical in a country as it careens rightward. Chomsky has been a consistent and blistering critic of Israel as he has been of his own government, the United States. Unforgiving in his analysis, he stands apart from the army of US supporters who easily rationalise any and many policies of Israel. He is seen as a traitor to the cause, more so because he is Jewish . And he is sympathetic to the Palestinian struggle — his ultimate sin. “Israel looks like a bully who has been insulted by a superior intellect and is now trying to fight it, arrest it and expel it,” said an editorial in the liberal newspaper Haaretz.

Dissent is increasingly a dirty word in Israel and the right to be different under threat. Israel prides itself as the only democracy in the Middle East and was recently admitted to the exclusive club called the Organization for Economic Cooperation and Development.

While front pages celebrated this acknowledgment from Western powers, they also reported on the case of Dan Goldberg, who is forced to wait in a Mumbai hotel with his newborn twins because of a judge’s decidedly illiberal stance. Goldberg is gay and like many others went to India in search of a surrogate mother. But a family court judge raised questions he could be “a pedophile or a serial killer” . The judge won’t order a paternity test required before the infants can come home to Israel.

The gay community is justifiably outraged both at the judge’s innuendos and at the interior minister Eli Yishai’s foot dragging, who is also the deputy prime minister. Yishai has said this in the past: “Gays and lesbians are sick people. It’s definitely a disease. They haven’t invented a cure for it yet but I hope they will.” Tolerance is not his strong suit but someone like him would never have made it to the cabinet in most advanced democratic countries.
Yishai and his ultra orthodox Shas Party are sending a signal to gays to think hard before they decide to become parents. This, when Goldberg is a law-abiding citizen who did his mandatory army service and is listed as a reserve. Incidentally, members of the Jewish Orthodox groups like Yishai’s are exempt from the army under an old deal made by Israel’s first prime minister, David Ben-Gurion . What seemed like political accommodation at the time has become political extortionism in today’s Israel as religious parties push the country away from its democratic ideals and into right-wing oblivion because they are members of the ruling coalition.

The superstructure constructed with the twin pillars of religion and security has seeped well into the population. Surveys repeatedly find Israelis accepting and adapting readily to this ‘we-are-under-constant-threat’ official mindset . They support gag orders, indefinite detentions and harsh punishment for those who blow the whistle on government misconduct. A survey by the Tami Steinmetz Center for Peace Research at Tel Aviv University published in February showed more than 57 per cent support for curbing human rights organisations , which expose immoral behavior by Israel. A majority felt that there was “too much freedom of expression” and a whopping 82 per cent backed stiff penalties for people who leak information to expose misconduct by the defence forces.

This siege mentality has been more in evidence after the Gaza War (Dec 2008-Jan 2009) for which Israel came under heavy criticism. European governments and NGOs took the lead in talking about “Israeli war crimes” but Israel’s response was to term them anti-Semitic and move on. It has become a reflex action to denounce any and all critics as anti-Semitic and if they are Jewish, as self-hating Jews. Richard Goldstone, who prepared a 547-page report on the Gaza War for the United Nations after interviewing hundreds of witnesses, was denounced and discredited. Every detail from his past was dug up while his detailing of Israeli excesses was not deemed worthy of an answer.

The Goldstone report cited Yishai, the aforementioned interior minister, as saying, “We should bombard thousands of houses in Gaza, destroy Gaza. As simple as that.” There was no call for his resignation, no outrage that a minister of a democratic country can utter those words while his country is supposedly working to find a solution to the conflict.

And finally the official treatment meted out to the Arab minority living in Israel — not those in the occupied territories but the 1.37 million Arab citizens who pay taxes and vote here but suffer institutionalised discrimination. Allocation of resources for education and housing for them is abysmally low compared to the figures for the Jewish majority . Arab villages lack basic amenities and municipal support and permits are rarely given to expand housing. They are second-class citizens in a country officially at war with their fellow Palestinians in the West Bank and Gaza.

To be sure, the embrace of democracy is real but there is a double standard, which finds an explanation for the distortions. And the distortions appear to be growing.
source
Posted by Zafar Khan at 10:40