Baroness Warsi: Fewer than one in four people believe Islam is compatible with British way of life 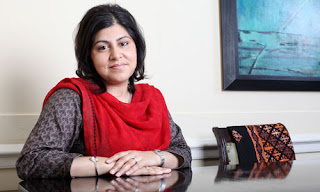 Fewer than one in four people now believe that following Islam is compatible with a British way of life, Britain's most senior Muslim minister will warn today. Highlighting unpublished research showing that a majority of the country now believes that Islam is a threat to Western civilisation Baroness Sayeeda Warsi will say that “underlying, unfounded mistrust” of Muslims is in itself fuelling extremism. And she will cite new figures from the Association of Chief Police Officers showing that between 50 to 60 per cent of all religious hate crimes reported to police in Britain are now perpetrated against Muslims.

“My fear is that seeing one community as the ‘other’ is a slippery slope that will enable extremists to advance their twisted interests unchecked,” she will say. “I don’t have to remind anyone what happens when an unfounded suspicion of one people can escalate into unspeakable horror.” Two years ago Baroness Warsi, who has responsibility in Government for faith and communities, was criticised claiming that Islamophobia in Britain “had passed the dinner table test”.

But in her speech to a support service for those who have suffered anti-Muslim attacks Baroness Warsi will say new data supports the evidence of widespread anti-Muslim feeling in the UK. She will cite new research by academics that shows that just 23 per cent of a representative sample questioned said that Islam was not a threat to Western civilisation. Just 24 per cent thought Muslims were compatible with the British way of life – with nearly half of people disagreeing that Muslims were compatible. This compares with research among Muslims that showed 83 per were proud to be British, compared to 79 per cent of Britons overall. “When I said that Islamophobia had ‘passed the dinner table test’ I got a fair amount of stick,” she will say. “There were those who denied the problem existed. There were those who said talking about it was dangerous. But let me tell you what’s really dangerous: It’s when a country turns a blind eye towards that discrimination.”

She said preliminary figures from the Association of Chief Police officers found that between 50 to 60 per cent of religious hate crimes were now perpetrated against Muslims - amounting to hundreds of attacks a year. But Baroness Warsi will warn that not enough leadership is being given by politicians to tackling Islamaphobia and misconceptions about Islam in the UK. “Anti-Muslim hatred is a form of prejudice and there should be no place in Britain for this prejudice,” she will say. “It would be a more powerful message from a non-Muslim, someone for whom this is not personally painful. ”The fact is that everyone should have an interest in this issue. “It’s not just a matter for Muslims or a matter for people of faith. It’s a matter for everyone who cares about Britain being the modern, equal, fair society that we want it to be.”

Baroness Warsi said more work needed to be done highlighting Muslim role models such as Mo Farah. “To those who say that there is a conflict of being loyal to Britain and a Muslim, you have to look no further than Mohamed Farah,” she will say. “Our national hero is a practising Muslim. The double gold medallist saw no conflict between crossing the finish line in the Union Flag and dropping to the ground in prayer. ”In fact, he showed how seamlessly religion and patriotism can go together.“ She will also cite Muslim like her own family - who fought alongside British soldiers in both world wars.

”Thousands of Muslims from the Commonwealth fought alongside the Allies in both the world wars. These patriots fought and died for the freedoms we all enjoy today. “People like my two grandfathers who fought for this country long before my parents came to its shores. And you will therefore understand why I will not take lessons on loyalty from those on the extreme right who demonstrate the ideology of intolerance – the very fascism that my grandparents fought all those years ago.” It’s a matter for everyone who cares about Britain being the modern, equal, fair society that we want it to be."

Baroness Warsi will pledge further Government support for combatting all types of Muslim discrimination and restore Britain's reputation for tolerance. ”Let’s prove that we once again can rise to the challenge and stamp out this new and rising form of prejudice. There should be no place in Britain for this prejudice.“ Source
Posted by Zafar Khan at 10:09