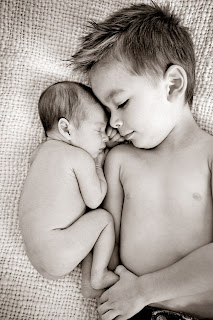 He was an extraordinary husband, a perfect father, and a unique grandfather. He was unique in every way. He treated his children and grandchildren with great compassion, and never neglected to direct them to the Hereafter and good deeds. He smiled at them, caressed and loved them, but did not allow them to neglect matters related to the afterlife. In worldly matters he was extremely open; but when it came to maintaining their relationship with God, he was very serious and dignified. He showed them how to lead a humane life, and never allowed them to neglect their religious duties and become spoiled. His ultimate goal was to prepare them for the Hereafter. His perfect balance in such matters is another dimension of his Divinely inspired intellect.