To The Point: Shaming Women Into (and out of) Hijab 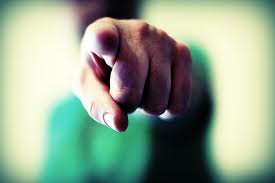 Comment: I know a few sisters who have recently taken off the hijab and I don't think I have any right to comment on it at all (let me make that clear). It is between them and their God, however one does wonder what they went through to have made that decision. I thought this sister made some good points. Overall I really believe we need to support each other in strenghthening our faith and just stop the judging and finger pointing pls!
It’s quite ironic that the headscarf that so many Muslim women wear in hopes of not being reduced to their looks leads to just that –being reduced to what they wear, how they wear it, what color, camel bump or not, flashy or not, Abaya or not.
It’s frustrating enough that Muslim women have to deal with policing by non-Muslims regarding whether or not they should wear hijab and how an integration into Western society should be characterized by stripping yourself (quite literally) from your own cultural and religious identity. But that’s not the topic of my column today. I take issue with the policing within the Muslim community: The shaming, the discouraging, the backbiting and the incessant judging. A woman’s piety seems to be dependent on whether or not she wears hijab. And that kind of binary thinking is problematic because it disregards any nuance that exists between the two extremes of “pious, perfect Muhajaba” and “gone astray Non-Muhajaba.”
Firstly, wearing hijab is an extremely personal choice and taking that step requires a lot of strength, courage, and patience. Piety is not the only determining factor. For example, a very pious woman could have a very unsupportive family or a job she can’t lose and hence not be able to wear the hijab, while a less pious woman could be from the sort of familial background that had her wear the hijab from a very young age. I should not have to give these kinds of examples, it’s a given that as Muslims, we have to give others the benefit of the doubt. This is a phenomenon that happens to women everywhere – the fact that others think they have a right to police how the woman carries herself. We don’t experience the same kind “concern” in other, more pressing fields of personal spirituality; for example, no one goes around asking men whether or not they have paid Zakat and I have yet to see someone get as upset over a missed prayer as they do over an exposed ankle or a strand of hair peaking through a scarf.
Secondly, the kind of scrutiny Muslim women face in their communities when it comes to hijab creates a very discouraging and hostile environment. Suddenly, her piety is reduced to how tight her pants are, her level of Taqwa measured by the length of her shirt, and also, “Sister, if you’re going to wear nail polish, you might as well not wear hijab at all!” Many don’t start wearing hijab because they don’t want to be judged by their own community while many others have taken the hijab off because they felt that the scrutiny they faced made them focus on the opinions of others more than pleasing their Creator. Every small (or grave) mistake is amplified disproportionately and made out to be a reason why a woman should not wear hijab anymore. The logic behind, “If you’re going to have a boyfriend, you shouldn’t wear hijab” doesn’t work anymore than the logic behind, “If you’re going to lie, you shouldn’t pray Salaah.” We all sin and being sinners doesn’t somehow magically excuse or disqualify us from following God’s commandments. And even if it did, it wouldn’t be up to a stranger in the community who likely barely even knows us to proclaim the ways in which we are “allowed” to follow God’s commands. Wearing hijab is not a trophy you get once you have accomplished “perfect Imaan status”; it much rather is a single step in a long journey towards that common goal we all have.
Long story short, stop using a woman’s appearance to determine what is in her heart and stop policing the way she carries herself. I, for one, know that there are plenty of women who don’t wear hijab who are much better Muslims than I, a Muhajaba, am. And policing and shaming women into covering in a way that you think is right is incredibly counterproductive and dishonest.
Source
Posted by Zafar Khan at 09:00