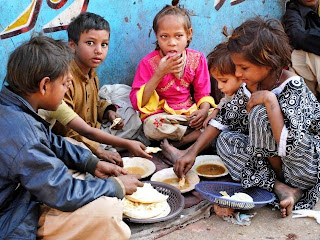 LAHORE: Meet Josephine, a 34-year-old divorced mother of two. She runs an orphanage outside Lahore, where she gives shelter to children and has become a saviour to those bonded by labour.

“I visit brick kiln factories, where single parents and the elders of orphans make these little ones work to pay the debt they have taken,” says Josephine
Her task is not an easy one, as she has to convince the guardians that they are better off with her. “I am currently pursuing a mother of five to give her children to me because her husband died and now she has to work day and night along with her children to pay his debt.”
Brick kiln owners are the main hurdle and have threatened her. “They say if I can pay their loan, I can take the children, otherwise they will work till the loan is paid.”

In Pakistan, although illegal, slavery in brick kiln factories is common knowledge and it originates from a vicious circle of debt which sucks in labourers. Josephine has surveyed these factories for a year and has been able to convince almost 20 families to give their children to her.
She only helps the Christian minority currently because she feels they are more marginalised. “Most of the workers at these places are of Christian faith, and that is why I contact the local pastor of the area and take him along too, to get easy access.”

Trained to be a nun but not allowed by her parents to leave the country, Josephine now uses what she has learnt to mother the orphans.
She has rented an upper portion of a house, 20 kilometers outside Lahore, for Rs5,000 per month, where she lives with her own two offspring plus another 10 boys and 7 girls.

“I do not have any funding source. I teach at a local private school, and with whatever money I get, I try to give these children their lives back.” Along with this, she receives help from her brothers and the school principal where she is employed, but things are still hard. “Thankfully the principal has acknowledged my efforts, and has waived off fee for these children.”

Surprisingly, ever since she started the orphanage, she has been asked by a number of parents to take their children away. “People are so poor in these villages that they want to get rid of the children even they are not in debt.”
But she rejects them saying that she doesn’t want those who are orphans to feel different while living with such children who have parents.
The children in Josephine’s care were not allowed to go to school due to their slavery status, Now they have learnt how to read and write.