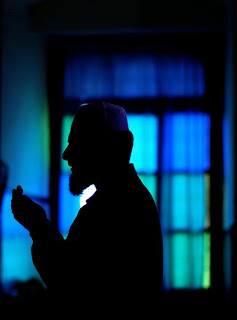 Imam Bukhari is a name that creates a sense of reverence and respect in every Muslim's heart. He was one of the greatest scholars of Islam and the founder of Hadith science. His prestigious compilation named Jame Al-Sahih is regarded as the second authentic book of Islam after the Holy Qur'an.

It was in the second century Hijrah when most of the Sahaba who had learned Islam from the Holy Prophet (peace be upon him) directly were diminishing one after another. The last of Prophet's companions passed away in 110 A.H. Subsequently a possibility of misquoting the Prophet (peace be upon him) by some people with vested interest was quite apparent. So it was essential to collect and authenticate true Hadiths without sponsorship of any ruling authority, regional or national. It was a gigantic work to collect all the prevailing statements and to classify them into the relevant categories, as authentic, good, poor and false.

This was a great task, which Imam Bukhari, a non-Arab from Khorasan, shouldered. He spent 16 years in searching, collecting and refining the material of Hadith. Not only this, he fixed the most rigid rules to evaluate and authenticate any circulating Hadith. Thus he is known as the Founder of Hadith science. The rest of his life was spent in teaching and propagating the Hadith literature. One of his students, Imam Muslim, rose to the second position in the world in Hadith compilation.

Imam Bukhari was born in Bukhara in 196 A.H. (810 A.D.) now in Uzbekistan). His father died when he was still young. He had lost his sight in infancy but his mother's prayers and invoking blessed him a sharp sight and sharp memory that enabled him to read and write in the moonlight and if he had read or heard something, it would remain in his memory forever.

He memorized the Holy Qur'an at the age of 9. Then began to learn Hadith from scholars of his region. At the age of 18 he traveled to Makkah and stayed there for 16 years collecting Hadiths. He visited Egypt and Syria twice, Basra four times, spent many years in Hijaz and went to Kufa and Baghdad many times. It is said that he learned about 600,000 Hadith from more than 1,000 scholars.

While returning to Bukhara after 16 years he began to compile Jame Al Sahih. He judged 7,275 Hadith from his large collection and arranged them in 93 chapters. Though Imam Bukhari wrote many books, he shot to prominence because of Tarikh Al-Kabeer, Adab Al-Mufrad and Sahih Al-Bukhari. The first one he wrote in full moon nights at the Prophet's Mosque in Madinah. Imam Bukhari had a very sharp memory. He memorized 70,000 Hadiths at an early age and later in his life, this figure reached 300,000. Among those 100,000 Hadiths were Sahih and 200,000 were Hasan, Da`îf, etc.

In 250 A.H. he settled at Neshapur where he met Muslim ibn Al Hujjaj as his disciple who compiled Sahih Al-Muslim which is regarded only second to Bukhari in the Muslim world.

Imam Bukhari's book on Hadith is regarded as the top of Sahah Sitta which are the most authentic six books of Hadith collected during 200-300 AH. These are:

Hafiz Ahmad bin Adi has described that when Imam Bukhari reached Baghdad, the leading scholars tried to test him and mixed 100 Hadith between the narrators’ chain and the text and gave to 100 persons to ask the authenticity of such Hadiths. Imam Bukhari said he never heard any Hadith like this. Then he repeated the incorrect Hadith as quoted by each questioner and then recited the corrected Hadith for each person separately. The people were astonished on the depth of his knowledge and paid great respect to him.

Imam Bukhari was a rich person but he lived life of a very simple man giving most of his income to the poor. Mohammed Hatim Warraq, one of his disciples said that when Imam was establishing a Sarai (inn) near the city of Bukhara, he was laying bricks with his own hands. When Warraq said to him, leave this job for me, he replied, “On the Day of Judgment this work will be of benefit to me.” Regarding his worship it is said that Imam recited the entire Qur'an daily in Ramadan and recited one third of it in the night prayers.

In 250 A.H., Imam Bukhari moved to Neshapur where he was well received. Imam Muslim Neshapuri said he had never seen such a grand reception given to any scholar or ruler. Imam Bukhari began his lectures, which were attended by thousands. His popularity irritated the local ruler and Imam Bukhari decided to leave Neshapur for Bukhara where again he was received with great enthusiasm. He began his lectures and also established a school for regular teaching. But after some time due to differences with the local ruler he decided to leave his hometown for Samarqand.

But when he was still a few miles away from the city he was prevented from entering it. When he found he had no place to go, he prayed to Almighty Allah saying, “O Allah, the Earth despite its grandeur is becoming narrow for me and is troubling me greatly. So take me back to You.” His prayers were answered and he died at Khartang, a place between Samarqand and Bukhara. It was on the night of Eid Al-Fitr, the first night of Shawwal 256 A.H. He is buried in Muhammad Al-Bukhari mausoleum at Khartang near Samarkand, in Uzbekistan

“Abd Al-Wahid ibn Adam Awaysi states: ‘I saw the Holy Prophet (peace be upon him) in dream standing with a group of Sahaba and asked, 'For whom are you waiting?' He replied, 'For Bukhari.' After a few days I heard the news of Imam Bukhari's death. He had died at the very moment that I saw the Prophet (pbuh) in my dream.”

Sahih Al Bukhari is regarded as the most authentic collection of Hadiths, which covers almost all aspects of human life in providing proper guidance from the Holy Prophet. As for piety, Imam Al-Bukhari never wrote any Hadith in this book without performing two rakah salat of guidance from Allah and when he was sure of its authenticity, only then he wrote it in the book.

Imam Bukhari lived for 62 years only but during his span of life he did a marvelous work, which has been guiding the Ummah for the last 1,200 years. Tens of commentaries have been written on his treatise and hundreds of scholars are teaching Bukhari to thousand of students daily around the world. May Almighty Allah grant him the best reward.
source
Posted by Zafar Khan at 10:00