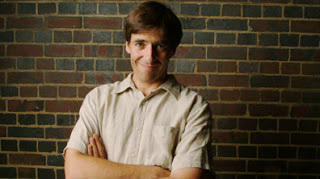 I love this brother!!


The Sun newspaper has come over a bit modest. Following a Channel 4 documentary about media reporting of Muslims, the paper accepts some of its stories were “distorted”. But they’re not doing themselves justice. They weren’t distorted – they were entirely made up. For example, a story about a Muslim bus driver who ordered his passengers off the bus so he could pray was pure fabrication.

But if reporters are allowed to make up what they like, that one should be disciplined for displaying a shocking lack of imagination. He could have continued, “The driver has now won a case at the Court of Human Rights that his bus route should be altered so it only goes east. This means the 37A from Sutton Coldfield will no longer stop at Selly Oak library, but go the wrong way up a one-way street and carry on to Mecca. Local depot manager Stan Tubworth said, ‘I suggested he only take it as far as Athens but he threatened a Jihad, and a holy war is just the sort of thing that could put a service like the Selly Oak Clipper out of business’.”
Then there was a story about “Muslim thugs” in Windsor who attacked a house used by soldiers, except it was another invention. But with this tale the reporter still claims it’s true, despite a complete absence of evidence, because, “The police are too politically correct to admit it.” This must be the solution to all unsolved crimes. With Jack the Ripper it’s obvious – he was facing the East End of London, his victims were infidels and he’d have access to a burqua which would give him vital camouflage in the smog. But do the pro-Muslim police even bother to investigate? Of course not, because it’s just “Allah Allah Allah” down at the stations these days.

Maybe Muslim newspapers should retaliate by publishing their own made-up stories. So it will be reported that “Barmy PC teachers in Leicester have banned children from playing Noughts and Crosses, claiming the cross reminds Church of England kiddies of the suffering undertaken by Lord Jesus. A spokesman for the Board of Education said, ‘We have to be sensitive. Which is why we’ve replaced the game with ‘Noughts and Hexagons’. We did look into calling it ‘Noughts and Crowns of Thorns’ but decided Hexagons was more appropriate.”

Or, “Doctors have been told that patients are no longer to be referred to as ‘stable’, as this is offensive to followers of Jesus, who was said to have been born in one. So medical staff have been informed they must use an alternative word, or if they can’t think of one just let the patient die.”
The most common justification for ridiculing Islam is that the religion is “backward”, particularly towards women, as a fundamental part of its beliefs. The Sun’s old political editor suggests this as a defence of his newspaper’s stance, saying that under Islam, “women are treated as chattels”. And it’s true that religious scriptures can command this, such as the insistence that, “a man may sell his daughter as a slave, but she will not be freed at the end of six years as men are.” Except that comes from the Bible – Exodus, Chapter 21, verse 7.
The Bible is packed with justifications for slavery, including killing your slaves. So presumably the Sun, along with others who regard Islam as a threat to our civilisation, will soon be campaigning against “Sunday Schools of Hate” where children as young as seven are taught to read this grisly book. And next Easter they’ll report how, “I saw a small child smile with glee as he opened a Cadbury’s egg filled with chocolate buttons. But behind his grin I couldn’t help but wonder whether he wanted to turn me into a pillar of salt, then maybe sprinkle me on his menacing confectionary treat.”

In his defence of making stuff up, the Sun’s ex-political editor spoke about the amount of domestic violence suffered by Muslim women. But there’s just as much chance of suffering domestic violence if you’re not a Muslim, as one of the 10 million such incidents a year that take place in Britain. Presumably the anti-Islam lobby would say, “Ah yes, but those other ones involve secular wife-beating, which is not founded on archaic religious customs, but rational reasoning such as not letting him watch the snooker.”

And finally the Sun’s man defends the line of his paper by saying that, after all, these Muslims “are trying to bomb our country”. So it’s their civic duty to make stuff up – the same as keeping a look-out for spies during the Second World War.
So we should all do our bit, and every day send in something, until the press is full of stories like “Muslims in Darlington have been raising money for semtex by organising panda fights.” Or “In Bradford all nurseries have been ordered to convert their dolls’ houses into miniature mosques so that Muslim teddies have somewhere to pray.”
source
Posted by Zafar Khan at 10:00