Why British Muslim women struggle to find a marriage partner 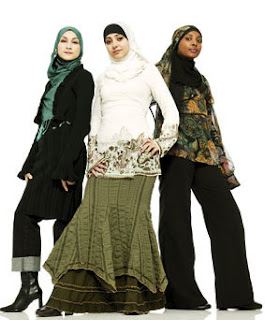 A few years ago, at the behest of my mother, I attended a Muslim marriage event in Glasgow. These are events where Muslim men and women meet for the purpose of seeking an ideal marriage partner.

At the event, there were around five women to every man. Well-turned-out women sat around dejected, twiddling their thumbs, waiting to speak to the select few.

Sadly, it's not an isolated example. Up and down the country, hundreds of women in their 30s and 40s within the Asian Muslim community are struggling to find a marriage partner.

Such occurrences are symptomatic of the growing Muslim spinster crisis, which has been brewing for some time and is rooted in cultural, rather than religious, trends.

First, there has always been a tradition for British men originating from the Indian subcontinent to marry women from their country of origin. Families encourage their sons to do so for a host of reasons, including the cultural expectation that girls from "back home" will stay with and look after their in-laws.

The second trend is for Muslim men to marry "women of the book" (Christian or Jewish women), which is permissible in Islam. Men are more likely to work and socialise with British Christian women than their female Muslim counterparts, which leads to a higher chance of such marriages occurring.

Both trends lead to a shortfall of available Muslim men.

For Muslim women, marrying men from their country of origin is rarely considered an option as they tend to want social, economic and intellectual equals or superiors. Men from their country of origin tend to have different mindsets and struggle to find jobs no matter how well qualified they are, thereby leaving women as the main breadwinners. This situation can often create a strenuous dynamic in relationships with men from patriarchal cultures.

Muslim women, unlike men, are restricted as to whom they can marry. Marrying men outside the faith is only considered permissible in most communities if the men convert.

Moreover, in line with national trends, Muslim women academically outperform the men. According to the Equality and Human Rights Commission's How Fair is Britain? report, Bangladeshi and Pakistani women are more likely to be employed as professionals than their male counterparts. This means that professional Muslim women have an even smaller pool of intellectual and economic equals to choose from.

This is exacerbated by the fact that Asian men are likely to choose partners of lower economic and intellectual status as they traditionally grow up with working fathers and stay-at-home mothers, and generally choose to replicate this model.

Unfortunately, these imbalances are not widely acknowledged – many label older unmarried women as fussy. The effect on women is crippling. Many become depressed as a huge amount of importance is attached to marriage, and unmarried women are made to feel that they've failed.

Any real solution would require a complete cultural shift in mindset by parents, community leaders and imams. This will need geographically, socially and economically fractured communities to work together to achieve change – no easy feat. Until they do so, many women who want to marry men of the same faith will continue to struggle.
source
Posted by Zafar Khan at 10:52