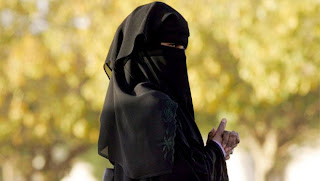 With women in the Kingdom sometimes suppressed by their legal guardians, a Saudi woman has launched a Facebook campaign to raise awareness about the issue.

According to a newspaper survey in 2005, over 65 percent of women questioned said their guardians make their lives difficult. This can be in various forms including not giving them the freedom to marry the person of their choice or forcing them to marry relatives whom they do not like.

There have been incidents in which some guardians prevented their women from marrying to take hold of their monthly salaries or control their share of inheritance.

Amal Saleh spent the last eight years trying to marry but was opposed by members of her family. Failing to get wed, she launched a Facebook campaign titled “Enough Adl.” Adl is the Arabic word for the suppression placed on a woman by her guardian.

“I want to stress that we do not want this campaign to be followed or adopted by the Human Rights Commission or the National Society for Human Rights. The right we are asking for does exist and has been determined by Shariah. Our demand is for it to be realized,” she added.

According to a national survey, there are around 2 million single women over the age of 30 in the Kingdom, she said, adding that no one has ever asked why this is the case. The National Society for Human Rights told the Shams newspaper recently that there have been 86 cases of Adl in the past five years, 33 of which were in Riyadh.

Women are being denied their God-given right to lead normal lives, said Saleh, adding that this is against what the Qur'an and Sunnah teach.

In 2005, Kingdom’s grand mufti Sheikh Abdul Aziz Al-Asheikh warned that Adl is prohibited in Shariah and that it is a severe form of injustice and abuse. These comments were made during the 62nd session of the Council of Senior Islamic Scholars. The council also stated that a guardian who troubles a woman through Adl faces imprisonment.

Naser Al-Rasheed, a legal counselor, said the grand mufti did not mention anything new. “This is in the Shariah. However, what is said should be made into a condition or bylaw and must be added to the regulations governing the life of women,” he said.

He added that some judges are biased when dealing with such cases. “Therefore, women should be made aware of their legal rights and should be taught those rights in schools and colleges,” he said.

However, despite such statements from scholars, the rights of women are still being suppressed, said Saleh, adding that officials are doing little about it. “Worse yet, in some cases when a woman files a case against her guardian, the courts overrule the case and instead accept the accusation of disobedience filed by their guardians, especially their parents,” she said.

There have been cases in which some women were forced to live in shelters, abused and forced out of jobs, Saleh added.

Laila Al-Hilali, a family and social counselor, said “women are much stronger than they are stereotyped. They have willpower and strength. Therefore, they should fight for their rights.”

But Al-Hilali does not see Adl turning into a phenomenon. “There are cases, but it is not as widespread as misyar marriages for example,” she said.

Misyar marriages, according to her, are widespread and approved by the same guardians “who prevent women from normal and healthy marriages.”

In Shariah, a woman can nominate a judge to be her Wali (guardian) should she find a suitable spouse. “The legal system should take advantage of this point, as it is from the Shariah, and set a rule that enables women to refer to judges in such cases,” she said.

There is no clear legal ruling in this matter, said Saleh, adding that officials could draft a law as they did in determining minimum age for marriage. “There is nothing in Shariah regarding underage marriages. Yet the Ministry of Justice was able to issue a rule prohibiting marriage of women under 18,” said Saleh.