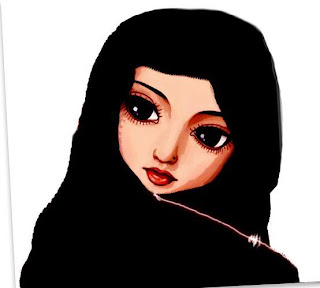 A six-year-old Muslim girl has reportedly been suspended from a Darwin school bus after she pulled a boy's pants down after he repeatedly teased her about her hijab.

Iran Ghavami was given a five-day ban from Buslink after she sought revenge on the seven-year-old boy, who had been allegedly bullying her and telling her to take off the headscarf, the Northern Territory News reported.

Iran's parents, only one of whom is Muslim, told the newspaper they would have preferred a warning.

Advertisement: Story continues below
The ban means Iran will have to stay home from school, because her parents are unable to make the 60km round trip each day.

In a statement on Wednesday, Mr Patel said Iran felt the best and non-violent form of resistance was to expose to the culprit what she would have felt if she gave in to his bullying demands.

"If the boy felt humiliated in front of his peers and friends by being made `naked' by his pants being pulled down, then this is exactly how the young Muslim hijab wearing student would have felt if, in fact, she did take her hijab off due to his persistent bullying," he said.

While not condoning the actions of Iran, Mr Patel said such behaviour towards female members of the Australian Muslim community, and especially school students, was becoming prevalent.

"In frustration, sometimes people take things in their own hands," he said.

"Muslims Australia urges all parents and individuals to utilise the channels in place to handle these types of behaviour through the appropriate law enforcement agencies and other avenues available in all Australian schools."

It is not clear whether the boy's underpants were also pulled down, or if it was just his pants.

News websites have been inundated with a range of opinions on the issue.

While most Australians supported Iran's actions and congratulated her for standing up against a bully, others claim she would not have been subjected to the bullying if she had not been wearing the hijab.

Some said Islamic headwear should not be worn to school.