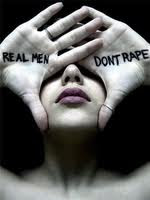 A senior Muslim cleric who runs the country's largest network of sharia courts has sparked controversy by claiming that there is no such thing as rape within marriage.

Sheikh Maulana Abu Sayeed, president of the Islamic Sharia Council in Britain, said that men who rape their wives should not be prosecuted because "sex is part of marriage". And he claimed that many married women who alleged rape were lying.

His comments have angered senior police officers, who say that such statements undermine the work they do to encourage women to report rape, a notoriously under-reported crime.

Sheikh Sayeed made the comments in an interview with the blog The Samosa, before reiterating them later when contacted by The Independent.

Later he told this newspaper: "In Islamic sharia, rape is adultery by force. So long as the woman is his wife, it cannot be termed as rape. It is reprehensible, but we do not call it rape."

British law was changed in 1991, making rape within marriage illegal.

Dave Whatton, Chief Constable of Cheshire and spokesman on rape for the Association of Chief Police Officers, said: "We know that the majority of rapes do not take place through strangers attacking women late at night but between acquaintances and within marriages and partnerships.

"It is a fundamental principle that sharia law should not replace the laws of the UK. Putting out views that rape can be dealt with in another way fundamentally undermines everything we are trying to do."

The cleric's comments come just days after Germaine Greer suggested that rape victims should name and shame their attackers online instead of reporting it to the police.

Mr Whatton added: "The comments of Sheikh Sayeed and Germaine Greer suggest there are other ways of dealing with rape. If that happens, victims of rape do not get the medical and counselling support they need to overcome this traumatic experience – and we are not in a position to effectively prosecute offenders."

In the interview on the website, Sheikh Sayeed suggests that women who claim to have been raped by their husbands should not immediately go to the police, saying: "Not in the beginning, unless we establish that it really happened. Because in most of the cases, wives... have been advised by their solicitors that one of the four reasons for which a wife can get a divorce is rape, so they are encouraged to say things like this."

Sheikh Sayeed said the Islamic Sharia Council had only dealt with two or three cases of rape since the arbitration tribunal was founded in 1982. Asked about how men who are found to have forced themselves upon their wives were punished, he explained: "He may be disciplined, and he may be made to ask forgiveness. That should be enough."

Inayat Bunglawala, chairman of Muslims4UK, said: "Sheikh Sayeed's comments are woefully misguided and entirely inappropriate. Rape – whether within marriage or outside it – is an abominable act and is clearly against the law."